The Bristol Rovers v Shrewsbury Town live stream video is set to be broadcast on 27/02/2021. Soccer fans can watch the game on a live streaming service should the game be featured in the schedule referenced above. Here we provide useful information for watching this League One game including the most recent guide to form, h2h meetings and our match tips.

To watch the match via alternative sources, check television listings for your country. Such broadcasting contracts are typically allocated on a per-competition/league or even per-game level. For games shown live on regional tv programmes, check the schedules on channels such as BT Sport, Amazon Prime Video, Sky Sports, Now TV, iTV, Canal+, Fox Soccer, ESPN depending on your location.

When the abovementioned broadcaster indicates that they have the Bristol Rovers v Shrewsbury Town soccer live streaming service, you can see the game on your mobile (iPhone, Android including Infinix) and computer or tablet (eg iPad, Venturer).

Post-game, we might also provide a link to highlights from time to time. We aren’t responsible for transmitting any game video content linked to from this site. All legal issues must be dealt with via the hosters/owners of this content.

Bristol Rovers meet away side Shrewsbury Town at Memorial Stadium in the League One tie on Saturday.

Our predictions, user poll and statistics for Bristol Rovers v Shrewsbury Town can be found here (including the best match odds).

Bristol Rovers will be hoping to bounce back here following a 1-2 League One loss in their previous game against Wigan Athletic.

The only name on the scoresheet from Bristol Rovers was Luke McCormick (69'). Callum Lang (50') and Scott Wootton (90') scored for Wigan Athletic.

It has not been often in recent times that Bristol Rovers have shown defensive steel. It will be a concern for them that The Pirates have failed to prevent opponents from scoring in 5 of their previous 6 matches, giving up 13 goals during that time.

Shrewsbury Town head into the meeting following on from a 4-2 League One win with the defeat of MK Dons in their most recent fixture.

Steve Cotterill's Shrewsbury Town have turned their attacks into goals a total of 10 times throughout their previous six matches. The total of goals that they have conceded during those same clashes comes to 5.

Going into this game, the form guide shows that Shrewsbury Town:

If we look at their past head to head meetings going back to 03/02/2018, there is nothing to separate the two clubs with Bristol Rovers winning 2 of those games, Shrewsbury Town 2 and 2 being drawn in normal time.

A combined total of 16 goals were scored between the two sides throughout the course of those matches, with 8 of them from The Pirates and 8 for The Shrews. The average number of goals per game works out to 2.67.

The previous league contest featuring the two was League One match day 7 on 20/10/2020 and the score finished Shrewsbury Town 0-1 Bristol Rovers.

Bristol Rovers manager Joey Barton will be thankful to have no fitness worries whatsoever coming into this match thanks to a fully healthy group available to select from.

Due to a fully healthy group available to select from, Shrewsbury Town manager Steve Cotterill has zero fitness worries to speak of coming into this match.

We’re inclined to think that Bristol Rovers might well have a job on their hands to put one past this Shrewsbury Town outfit who we think will likely win and very possibly keep a clean sheet.

We’re therefore anticipating a highly competitive game with a 0-1 win for Shrewsbury Town after 90 minutes. 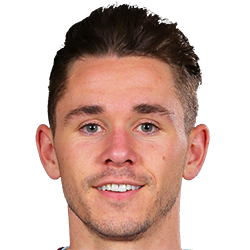 Mostly taking up the Left Attacking Midfielder position, Sam Nicholson was born in Edinburgh, Scotland. After having made a senior debut playing for Hearts in the 2013 - 2014 season, the accomplished Midfielder has netted 5 league goals in the League One 2020 - 2021 season so far coming from a total of 23 appearances.

We have made these Bristol Rovers v Shrewsbury Town predictions for this match preview with the best intentions, but no profits are guaranteed. Please always gamble responsibly, only with money that you can afford to lose.

⚽️ Where can I find the previews for other League One games?

Look at all of our upcoming (and previous) League One predictions & previews here.