Sheffield Wednesday will play in this match after a 2-2 League One drawn game versus Ipswich Town.

Burton Albion come into this match following on from a 0-2 League One win as they beat Exeter City in their previous fixture.

For Burton Albion, the goals were scored by Deji Oshilaja (63') and Davis Keillor-Dunn (69').

Indicating their partiality to high-scoring encounters, goals have been scored 21 times in the previous six matches in which Burton Albion have sent out their troops, making it a mean average of 3.5 goals for each meeting. Opposition teams have managed 13 of these goals. We will see if that trend can be continued on here.

Looking at the statistics for their head to head duels dating back to 16/08/2016, it’s been all-even between these two clubs with Sheffield Wednesday winning 2 of those games, Burton Albion 2 and 2 being drawn after 90 minutes of play.

20 goals were scored between them in this period, with 10 for The Owls and 10 created by The Brewers. The average goals per game has been 3.33.

The Sheffield Wednesday manager Darren Moore has no fitness concerns whatsoever before this clash with a completely healthy group available to choose from.

Thanks to a mainly full-strength squad, there’s just the sole fitness worry for the Burton Albion gaffer Jimmy Hasselbaink to be concerned with. Mustapha Carayol (Knee Injury) won’t be playing here.

In this match, Sheffield Wednesday should have the majority of the possession and should be able to turn a few of their chances into goals.

However, Burton Albion could well find it tough getting on the scoresheet although we do think it’s probable that they will be converting at least once. 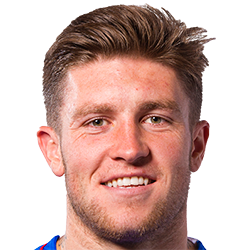 Mostly taking to the field in the Striker position, Josh Windass was born in Hull, England. After making a first senior appearance for Accrington Stanley in the 2013 - 2014 season, the accomplished Forward has netted 3 league goals in this League One 2022 - 2023 campaign to date in 8 appearances.

We have made these Sheffield Wednesday v Burton Albion predictions for this match preview with the best intentions, but no profits are guaranteed. Please always gamble responsibly, only with money that you can afford to lose. Best of luck with your selections.