SC Cambuur line up against visiting rivals Sparta Rotterdam at Cambuur-Stadion in this Eredivisie meeting on Saturday.

Scroll down to see all of the predictions, poll and statistics for SC Cambuur v Sparta Rotterdam - along with the latest match odds.

SC Cambuur go into this fixture coming off the back of a 0-0 Eredivisie tied result against FC Emmen.

It’s not been often in recent games where SC Cambuur haven’t conceded. The facts show that SC Cambuur have seen their defence breached in 5 of their previous 6 games, shipping 8 goals during that time. It will be interesting to find out if that trend can be sustained here.

Sparta Rotterdam will go into this meeting after a 1-0 Eredivisie win as they beat Excelsior in their previous outing.

The only name on the scoresheet from Sparta Rotterdam was Joshua Kitolano (91').

Their past results show that Sparta Rotterdam:

Checking out their prior head to head duels going back to 21/09/2012, it’s been all-even between these two clubs with SC Cambuur winning 2 of those games, Sparta Rotterdam 2 and 2 being draws in normal time.

In all, 21 goals were shared by the two clubs during those clashes, with 11 for Herten and 10 for Kasteelheren. The average goals per game has been 3.5.

The last league fixture between these sides was Eredivisie match day 19 on 16/01/2022 when the final score was SC Cambuur 1-1 Sparta Rotterdam.

On that occasion, SC Cambuur managed 54% possession and 12 attempts on goal with 3 on target.

On the other side, Sparta Rotterdam had 11 attempts on goal with 7 on target. Tim Coremans (33' Own goal) and Adrián Dalmau (77') scored.

Thanks to a mainly available group of players, there is just the sole fitness issue for the Sparta Rotterdam boss Maurice Steijn to be concerned with. Jonathan de Guzmán (Calf Injury) misses out for this game.

We’ve got the feeling that SC Cambuur will do well to score against this Sparta Rotterdam side who we think might end up scoring and possibly keep a clean sheet as well.

Our tip is therefore for a very competitive game with a 0-1 advantage for Sparta Rotterdam at the end of this game. 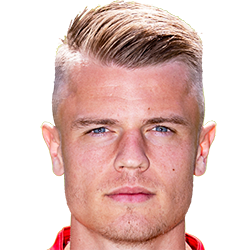 Mostly deployed in the Centre Midfield position, Jamie Jacobs was born in Purmerend, Netherlands. Having played his first senior match for Jong AZ in the 2017 - 2018 season, the dangerous Midfielder has accumulated 2 league goals in the Eredivisie 2022 - 2023 campaign to date in 14 appearances.

While we have made these predictions for SC Cambuur v Sparta Rotterdam for this match preview with the best of intentions, no profits are guaranteed. Always gamble responsibly, and with what you can afford to lose. We wish you the best of luck.