Linfield line up against guests Carrick Rangers at Windsor Park in the Premiership clash on Saturday.

View all Linfield v Carrick Rangers tips, stats and our pre-match poll below (including the best match odds).

Linfield will play in this fixture after a 1-1 Premiership drawn result versus Cliftonville.

The only name on the scoresheet from Linfield was Jordan Stewart (7'). Joe Gormley (57') was the scorer for Cliftonville.

Their most recent results reveal that things are going according to plan in the Linfield backline. Linfield have been mean at the back, resulting in the number of goals that have flown into the back of their net during their past 6 matches standing at 4.

Taking a look at their past results, Linfield:

Carrick Rangers go into this meeting following on from a 2-1 Premiership win versus Ballymena United in their last fixture.

For Carrick Rangers, the scorers were Alexander Gawne (55') and Jordan Gibson (93'). Jonté Smith (32') was the scorer for Ballymena United.

A tendency of at least one team drawing a blank in games involving Carrick Rangers has become evident in recent matches. Examining their last six outings shows that it’s happened 5 times. During these clashes, their opponents have hit a goal aggregate of 4 while Carrick Rangers have scored 8. That kind of trend isn’t assured to follow through into this match, however.

Coming into this meeting, Carrick Rangers are unbeaten in their previous 2 league matches away from home.

A quick look at their past head to head meetings stretching back to 23/09/2019 reveals that these fixtures have been miserable for Carrick Rangers. They have not managed to register any wins at all whereas Linfield have been dominant against them, finishing as winners in 83% of those match-ups.

The previous league fixture featuring these sides was Premiership match day 31 on 13/03/2021 and the score finished Linfield 7-0 Carrick Rangers.

The Linfield manager David Healy has no fitness concerns whatsoever coming into this game with a completely healthy group to pick from.

Due to a mostly available squad, there’s just a single fitness worry for the Carrick Rangers manager Stuart King to be concerned with. Lee McNulty (Ankle Injury) misses out for this game.

It’s looking like Carrick Rangers won’t find it easy at all to find the back of the net against a Linfield lineup who will likely get the goals that they need to set up a big win here.

We are predicting a comprehensive 3-0 margin for Linfield when the referee blows the final whistle. 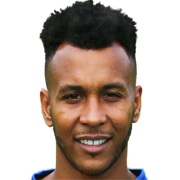 Customarily playing in the Right Wing position, Matt Green was born in Bath, England. After having made a senior debut playing for Cardiff City in the 2006 - 2007 season, the gifted Forward has got 2 league goals in the Premiership 2021 - 2022 campaign so far coming from a total of 6 appearances.

While we have made these predictions for Linfield v Carrick Rangers for this match preview with the best of intentions, no profits are guaranteed. Always gamble responsibly, and with what you can afford to lose. Best of luck.