Our Casa Pia v Gil Vicente tips, poll and stats can be seen in full below - plus the latest match odds.

Casa Pia will be wanting a better result here after the 2-0 Primeira Liga defeat in their last game at the hands of Estoril.

In that match, Casa Pia managed 46% possession and 6 shots on goal with 0 of them on target. For their opponents, Estoril had 11 shots at goal with 4 on target. Geraldes (32') and Tiago Gouveia (77') scored for Estoril.

Filipe Martins's Casa Pia have hit the back of the net a sum total of 5 times over their prior six outings. The corresponding number of goals that they have conceded in those same games amounts to 5.

Ahead of this meeting, Casa Pia are without a win at home for the past 2 league matches.

Gil Vicente will come into the encounter following on from a 2-1 Primeira Liga win with the eclipse of Vitória Guimarães in their most recent outing.

The numbers tell their own story, and Gil Vicente have been scored against in 5 of their last 6 games, seeing their opponents hit 8 goals in total. At the back, Gil Vicente certainly have room for improvement.

It doesn’t get much better regarding selection, with just the lone fitness concern for the Casa Pia boss Filipe Martins to be concerned about thanks to an otherwise robust squad. Duplexe Tchamba (Unknown Injury) is out of contention.

From a largely available group of players, there’s just the one fitness problem for the Gil Vicente boss Daniel Sousa to contend with. Andrew (Unknown Injury) misses out for this game.

We’re inclined to think that Gil Vicente will surely be able to put one past this Casa Pia side, although it realistically won’t be as many as they’ll concede.

Our selection here is for a tight encounter finishing with a 2-1 winning score for Casa Pia when all is said and done. Looking forward to this. 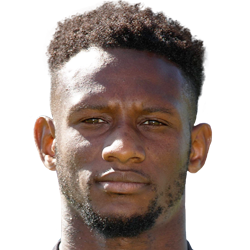 Normally played in the Left Wing position, Saviour Godwin was born in Jos, Nigeria. Having made a first senior appearance for Oostende in the 2015 - 2016 season, the gifted Forward has hit 3 league goals in the Liga Portugal 2022 - 2023 season to date from a total of 15 appearances.

While we have made these predictions for Casa Pia v Gil Vicente for this match preview with the best of intentions, no profits are guaranteed. Always gamble responsibly, and with what you can afford to lose. We wish you the best of luck.