To see all of our predictions, user poll & stats for Casa Pia v Santa Clara, scroll down - along with the latest match odds.

Casa Pia will be looking for an improved result here after a 1-3 Primeira Liga losing effort in their last game against Gil Vicente.

In that game, Casa Pia managed 45% possession and 15 shots at goal with 5 of them on target. The only player to score for Casa Pia was Rafael Martins (46'). For their opponents, Gil Vicente had 12 shots on goal with 7 on target. Fran Navarro (50', 62') and Vitor Carvalho (54') scored for Gil Vicente.

In their preceding 6 games, Filipe Martins's Casa Pia have seen rewards for their attempts on goal a combined total of 5 times, with that being an average number of goals scored per match equal to 0.83.

Since a losing effort in their last game against Benfica in Primeira Liga action, Santa Clara and their travelling fans will hope for a better result here.

In that match, Santa Clara managed 33% possession and 9 shots on goal with 1 on target. Benfica had 14 attempts at goal with 5 of them on target. Fredrik Aursnes (9'), Gonçalo Ramos (15') and Gonçalo Guedes (80') scored for Benfica.

The trend of at least one team not scoring a goal in games featuring Santa Clara has become evident in recent matches. A glance at their last six outings shows that this has occurred 5 times. During those clashes, opposing sides have hit a goal aggregate of 9 while Santa Clara have scored 3. That sort of pattern might not be sustained into this game, of course.

The previous league meeting between the two was Primeira Liga match day 1 on 07/08/2022 which finished with the scoreline of Santa Clara 0-0 Casa Pia.

That time, Santa Clara managed 54% possession and 7 shots on goal with 3 of them on target.

Casa Pia had 11 attempts at goal with 3 of them on target.

The match was refereed by Bruno José Costa.

Regarding absentees, there’s just one fitness concern for the Casa Pia manager Filipe Martins to contend with from of an almost fully healthy set of players. Duplexe Tchamba (Unknown Injury) won’t play.

Looking at these two teams, we feel that Santa Clara will have a tough ask to hit the back of the net against this Casa Pia outfit who we think should score one, at least. 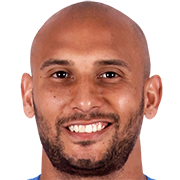 Generally deployed in the Striker position, Rafael Martins was born in Santos, Brazil. After having made a senior debut playing for Barueri in the 2010 season, the dangerous Forward has got 3 league goals in the Liga Portugal 2022 - 2023 campaign so far in 15 appearances.

While we have made these predictions for Casa Pia v Santa Clara for this match preview with the best of intentions, no profits are guaranteed. Always gamble responsibly, and with what you can afford to lose. Best of luck.