Internacional will be taking on visiting rivals Ceará at Estádio José Pinheiro Borda in this Série A match on Thursday.

Our Internacional v Ceará predictions, statistics and match poll can be seen below (including the best match odds).

Internacional go into this fixture following on from a 2-2 Série A drawn match versus Bahia.

In that game, Internacional had 62% possession and 9 attempts on goal with 5 on target. For Internacional, the goalscorers were Patrick (28') and Galhardo (68'). Bahia got 8 attempts at goal with 3 of them on target. Rodriguinho (20') and Clayson (90') scored for Bahia.

Internacional have been on a persistent run of goalscoring form, hitting the target in each and every one of their last 6 matches.

They have totted up the amount of 10 during that period while seeing the number of goals scored against them stand at 5. That sort of trend isn’t assured to be carried forward here, of course.

Going into this one, Internacional are unbeaten in their previous 5 league matches at home.

After a loss in their previous game against Santos in Série A action, Ceará and their travelling fans will hope for a better result here.

The trend of at least one team drawing a blank in games involving Ceará has been apparent recently. Examining their last six meetings shows that it has happened 5 times. In those clashes, their opponents have hit a goal tally of 7 and Vovô have scored 9.

Coming into this fixture, Ceará have not emerged victorious against Internacional when they have played them away from home in the previous 2 league matches.

Looking at the statistics for their head to head duels going back to 28/05/2011, it’s been all-even between these two clubs with Internacional winning 2 of those games, Ceará 2 and 2 being draws in normal time.

A total of 9 goals were shared by the two clubs in this period, with 4 from Colorado and 5 netted by Vovô. The average number of goals per game works out to 1.5.

The previous league match featuring the two was Série A match day 31 on 07/11/2019 which finished with the scoreline of Ceará 2-0 Internacional.

Internacional got 16 attempts on goal with 3 of them on target.

Almost everyone can be considered, as there’s just a single fitness concern for the Internacional manager Eduardo Coudet to be concerned about from an otherwise fully-primed set of players. Paolo Guerrero (Cruciate Ligament Injury) won’t play.

Thanks to a completely injury-free group available to select from, Ceará boss Guto Ferreira has no fitness concerns to report coming into this match.

It’s looking like Ceará will need to play some high quality football to score at all against a Internacional outfit who should assert themselves and completely dominate.

We predict an extremely comfortable 4-0 belting with possibly even more for Internacional at full-time.

Over/Under 2.5 Goals Prediction for Internacional vs Ceará
Over 2.5 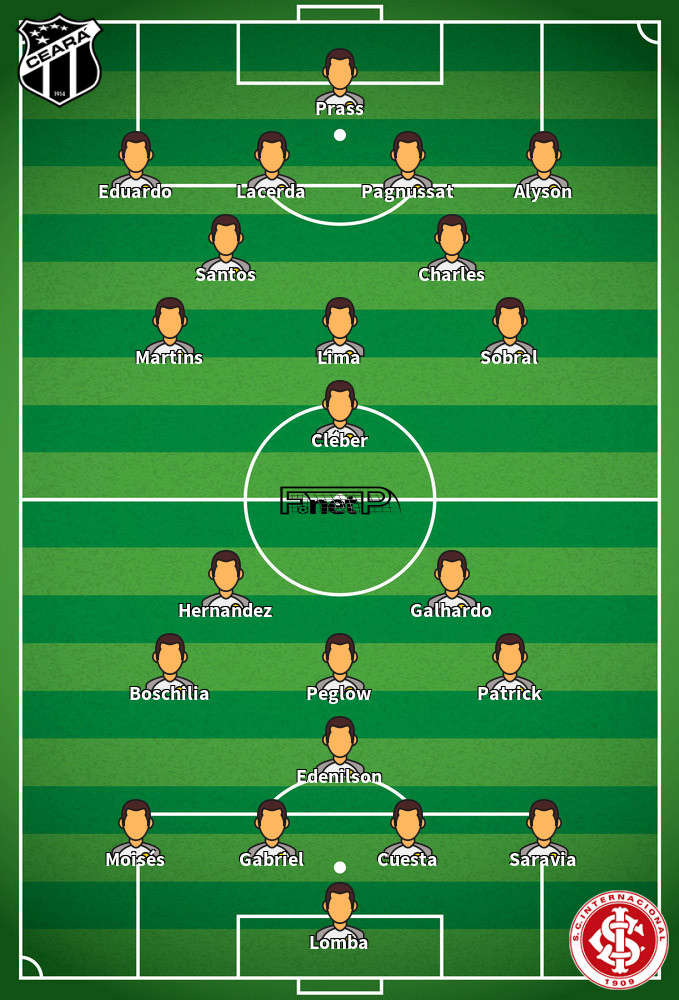 Typically taking up the Right Attacking Midfielder position, Galhardo was born in São João del-Rei, Brazil. After having made a senior debut playing for Botafogo in the 2011 season, the accomplished Midfielder has managed 6 league goals in this Série A 2020 campaign to date in 8 appearances.

While we have made these predictions for Internacional v Ceará for this match preview with the best of intentions, no profits are guaranteed. Always gamble responsibly, and with what you can afford to lose. Good luck if you do place a bet today.