Our tips, poll and stats for Central Coast Mariners v Western United can all be found here (inc. the best betting odds).

Central Coast Mariners will be looking for an improved result here after a 0-2 A-League loss in their previous game against Newcastle United Jets.

Fewer than three goals per game were seen in 5 of the past 6 meetings where Central Coast Mariners have taken part. Breaking down the goal attribution during that period, opposition teams scored a total of 5 and Mariners managed the sum of 4. We will find out if that trend will be continued on into this next match.

Since tasting defeat last time out to Macarthur FC in A-League action, Western United will be hoping to turn things around here.

The stats don’t lie, and Western United have been scored against in 6 of their last 6 games, seeing their opponents hit 20 goals in total. At the back, The West have not been doing too well.

Coming into this clash, Western United are without a win away from home in their last 6 matches in the league.

The last league game featuring these sides was A-League match day 17 on 17/04/2021 when it ended Western United 1-0 Central Coast Mariners.

In that game, Western United managed 52% possession and 12 attempts on goal with 6 on target. The scorer was Connor Pain (5').

Central Coast Mariners had 14 attempts at goal with 3 of them on target.

The referee was Alireza Faghani.

Central Coast Mariners boss Alen Stajčić will be grateful to have no fitness concerns whatsoever ahead of this match owing to a fully injury-free group ready to go.

Thanks to a completely healthy group to pick from, Western United boss Mark Rudan has zero fitness worries to report coming into this game.

It looks to us that Central Coast Mariners have it within them to stay in control for long periods of time and should be able to convert a few of the chances that they create.

Conversely, Western United may well struggle getting on the scoresheet but we do fancy them scoring here as well. 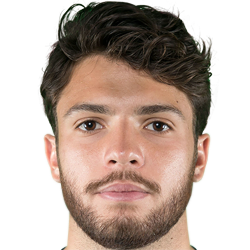 Typically used in the Central Attacking Midfielder position, Daniel De Silva was born in Perth, Australia. Having made his senior debut playing for Perth Glory in the 2012 - 2013 season, the skilful Midfielder has managed to score 4 league goals in this A-League 2020 - 2021 campaign to date from a total of 21 appearances.

We have made these Central Coast Mariners v Western United predictions for this match preview with the best intentions, but no profits are guaranteed. Please always gamble responsibly, only with money that you can afford to lose. Best of luck.