The First Division A tie at Diaz Arena on Saturday will see home side Oostende facing Cercle Brugge.

Our Oostende v Cercle Brugge tips, poll and stats can be seen in full below - plus the latest betting odds.

Oostende will be wanting a better result here following a 0-3 First Division A defeat in their last game at the hands of Antwerp.

Their more recent scorelines highlight the fact that quality has been lacking in the Oostende defence. Oostende have seen an embarrassing 18 goals go past their goalkeeper during the period covering their last 6 games. That sort of pattern might not follow through into this match, of course.

Taking a look at their past results, Oostende:

In their previous fixture, Cercle Brugge drew 1-1 in the First Division A match with Union Saint-Gilloise.

A look at their previous results shows us that Cercle Brugge:

Looking at their most recent head-to-head meetings going back to 12/12/2020 tells us that Oostende have won 3 of them & Cercle Brugge 1, with the tally of drawn results being 2.

A sum of 15 goals were scored between them throughout the course of those matches, with 8 for De Kustboys and 7 netted by Groen en Zwart. The average goals per game has been 2.5.

The last league meeting featuring the two was First Division A match day 9 on 17/09/2022 when the final score was Cercle Brugge 2-2 Oostende.

That time, Cercle Brugge had 46% possession and 18 attempts on goal with 6 of them on target. The goalscorers were Kévin Denkey (38') and Ayase Ueda (44').

We’re inclined to think that Cercle Brugge and Oostende are both capable of scoring here.

A draw looks like a realistic possibility, but we’ll see what happens. We’re therefore anticipating a very even match with a 1-1 score when the full-time whistle blows. 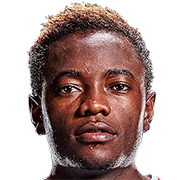 Usually played in the Right Wing position, David Atanga was born in Bolgatanga, Ghana. After making a first senior appearance for FC Liefering in the 2014 - 2015 season, the skilful Forward has netted 4 league goals in the Pro League 2022 - 2023 campaign to date from a total of 17 appearances.

While we have made these predictions for Oostende v Cercle Brugge for this match preview with the best of intentions, no profits are guaranteed. Always gamble responsibly, and with what you can afford to lose. Best of luck.