Standard Liège will do battle with visiting team Cercle Brugge at Stade Maurice Dufrasne in the First Division A fixture on Sunday.

Our full set of predictions, statistics and match poll for Standard Liège v Cercle Brugge can be seen below (including the best match odds).

Standard Liège will want to continue from where they left off last time out with a 2-0 First Division A triumph versus Cercle Brugge.

Throughout their 6 most recent matches, Dominik Thalhammer's Cercle Brugge have had reason to celebrate scoring a total of 6 times thus giving them the goals per game average of 1.

Ahead of this clash, Cercle Brugge haven’t won away from home in the past 6 league games.

A review of their past head to head meetings stretching back to 27/07/2019 shows that these encounters have ended in disappointment for Cercle Brugge. They have not been able to register any victories whatsoever whereas Standard Liège have been dominant against them, running out winners in 67% of those ties.

A total of 11 goals were shared by the two clubs in these games, with 8 for Les Rouches and 3 for Groen en Zwart. The average number of goals per game works out to 1.83.

The last league contest featuring these clubs was First Division A match day 26 on 05/02/2022 and the score finished Standard Liège 1-1 Cercle Brugge.

That time, Standard Liège managed 57% possession and 8 shots at goal with 4 of them on target. The scorer was Nicolas Raskin (55').

On the other side, Cercle Brugge got 17 shots on goal with 6 of them on target. Dino Hotić (44') scored.

The Standard Liège boss Ronny Deila has zero fitness worries at all ahead of this clash with a fully injury-free squad available for selection.

We’ve got the feeling that Cercle Brugge and Standard Liège could well cancel each other out, with goals at a real premium.

There should be little in it, and a draw looks quite a realistic result. Our tip is therefore for a very even match with a 0-0 draw at full-time. 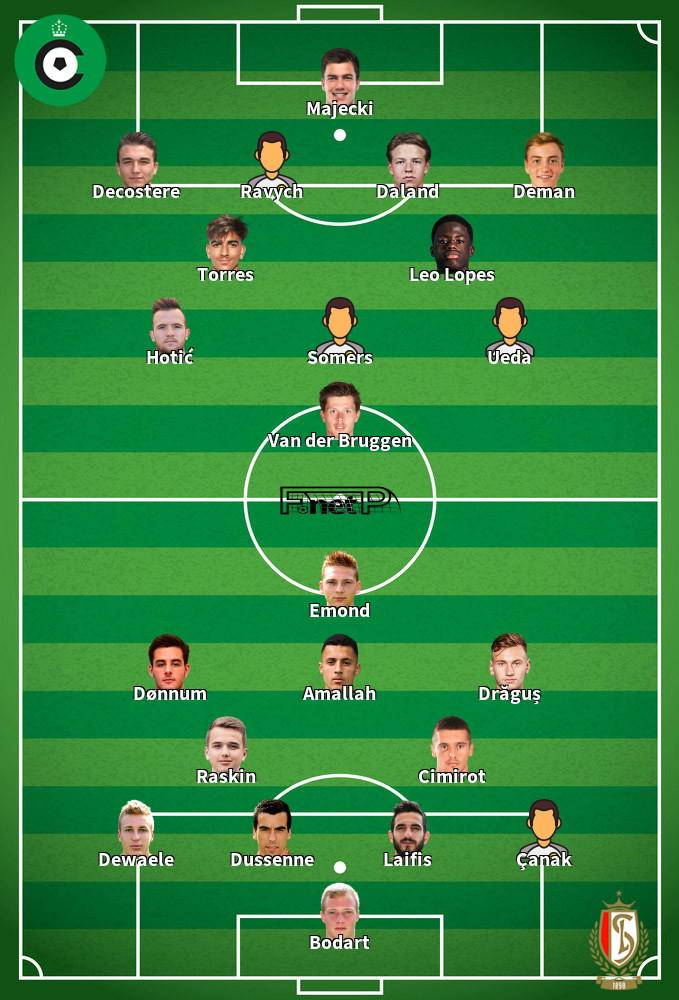 While we have made these predictions for Standard Liège v Cercle Brugge for this match preview with the best of intentions, no profits are guaranteed. Always gamble responsibly, and with what you can afford to lose. Good luck with your selections.