Charleroi will be the visitors at Jan Breydelstadion on Sunday for the First Division A clash with home team Club Brugge.

Club Brugge enter this game after a 1-1 First Division A tied result against Sint-Truidense VV.

It has been a rare occasion in recent times where Club Brugge have kept a clean sheet. It will be a concern for them that Club Brugge have failed to prevent opponents from scoring in 6 of their previous 6 clashes, leaking 12 goals on the way. We will have to find out whether or not that trend will be continued on here.

Looking at their past form shows that Club Brugge:

Last time out, Charleroi drew 0-0 in the First Division A match with KAA Gent.

In that game, Charleroi managed 50% possession and 9 shots at goal with 3 on target. Gent had 11 attempts on goal with 6 on target.

Looking at their form, and Charleroi have been scored against in 5 of their last 6 matches, seeing opposing sides hit 11 goals in all. At the back, Charleroi just haven’t been too solid at all.

Coming into this meeting, Charleroi are undefeated in their previous 2 league matches away from home.

A glance at their most recent head-to-head meetings dating back to 23/02/2020 shows that Club Brugge have won 4 of these & Charleroi 1, with the number of drawn matches standing at 1.

In all, 11 goals were produced between them during those clashes, with 8 of them from Blauw-Zwart and 3 for Les Zèbres. That’s an average goals per game of 1.83.

The last league contest between these clubs was First Division A match day 6 on 26/08/2022 when it finished Charleroi 1-3 Club Brugge.

That day, Charleroi had 48% possession and 21 shots at goal with 6 on target. The scorer was Ryota Morioka (9').

Looking at personnel, there is just one fitness concern for the Club Brugge gaffer Scott Parker to contend with from of an almost fully healthy group of players. Andreas Skov Olsen (Hip Injury) misses out.

Out of a mainly available group, there is just the one fitness problem for the Charleroi gaffer Felice Mazzù to contend with. Nadhir Benbouali (Cruciate Ligament Rupture) misses out for this game.

In this match, Club Brugge should really create the chances to score more than once against Charleroi, who might well find it difficult to find the back of the net.

We reckon that it will be a controlled 2-0 winning score for Club Brugge at the end of this one. 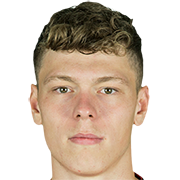 Normally taking up the Right Wing position, Andreas Skov Olsen was born in Hillerød, Denmark. Having played his first senior match for FC Nordsjælland in the 2017 - 2018 season, the goalscoring Forward has hit 6 league goals in this Pro League 2022 - 2023 campaign to date coming from a total of 16 appearances.

We have made these Club Brugge v Charleroi predictions for this match preview with the best intentions, but no profits are guaranteed. Please always gamble responsibly, only with money that you can afford to lose. We wish you the best of luck.