Charlton Athletic make the trip to Mazuma Stadium on Tuesday for the League One game with home team Morecambe.

All Morecambe v Charlton Athletic match predictions, user poll and stats are shown below including the latest game odds.

Morecambe fans will want a repeat of their previous result, being a 1-2 League One success versus Fleetwood Town.

For Morecambe, the goals were scored by Callum Jones (11') and Cole Stockton (94'). Callum Johnson (82') was the scorer for Fleetwood Town.

Heading into this fixture, Morecambe are without a win at home for the past 2 league games.

Charlton Athletic will go into the match following a 2-0 League One win to beat Plymouth Argyle in their last outing.

For Charlton Athletic, goals were scored by Ben Purrington (61') and Conor Washington (84').

In 5 of the previous six games featuring Charlton Athletic, a relatively low number of goals have been struck between them and opposing sides. The overall average goals scored per game during that spell comes to just 1.83, with the average goals for The Addicks standing at 1.5. Such a pattern isn’t assured to be carried forward into this game, though.

Going into this contest, Charlton Athletic are undefeated in their previous 2 league matches away from home.

The Morecambe boss Stephen Robinson has a full complement, with no fitness worries at all ahead of this game with a completely healthy squad ready to go.

Thanks to a completely injury-free group available for selection, the Charlton Athletic boss Johnnie Jackson does not have any fitness worries at all before this game.

Here is a game where Morecambe could find themselves up against it to hit the back of the net against this Charlton Athletic outfit who we reckon should score at least once to put them ahead.

We’re therefore expecting a very competitive game with a 0-1 winning score for Charlton Athletic after 90 minutes. 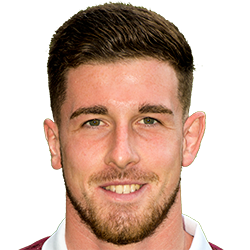 Mostly taking to the field in the Striker position, Cole Stockton was born in Huyton, England. After making a first senior appearance for Tranmere Rovers in the 2011 - 2012 season, the goalscoring Forward has netted 11 league goals in the League One 2021 - 2022 season to date in a total of 16 appearances.

While we have made these predictions for Morecambe v Charlton Athletic for this match preview with the best of intentions, no profits are guaranteed. Always gamble responsibly, and with what you can afford to lose. Best of luck.