Return to this page a few days before the scheduled game when this expired prediction will be updated with our full preview and tips for the next match between these teams.
Full-Time Result Prediction
👉
ESTAC to Win

Full predictions, pre-match stats and user poll for Châteauroux v ESTAC are shown on this page (including the best match odds).

Châteauroux won’t want a repeat of their last result here after the 2-1 Ligue 2 defeat last time out to Clermont Foot.

It’s been a rare occasion in recent times where Châteauroux have kept a clean sheet. It will be a concern for them that Châteauroux have seen their defence breached in 6 of their previous 6 clashes, letting in 10 goals on the way.

Looking at their past form shows that Châteauroux:

ESTAC will come into the game following a 3-1 Ligue 2 win in the defeat of Grenoble in their most recent match.

In their previous six clashes, ESTAC have helped themselves to a tally of 10 goals. Troyes have also managed to score on each one of those occasions. During those fixtures, they have had 5 goals go against them. It will be interesting to find out if that trend can be sustained in this game.

Their prior results show that ESTAC:

A review of their past head to head results stretching back to 22/05/2015 shows that these fixtures have not been fruitful for Châteauroux. They’ve not been able to come away with any victories at all whereas ESTAC have just been stronger than them, finishing as winners in 100% of those games where they have faced each other.

A sum of 14 goals were yielded between them in this period, with 1 for Châteauroux and 13 coming from Troyes. The average goals per game has been 2.33.

The previous league meeting between the two was Ligue 2 match day 18 on 05/01/2021 which ended up with the score at ESTAC 2-0 Châteauroux.

Thanks to a mainly available group, there is only the lone fitness problem for the ESTAC gaffer Laurent Battles to be concerned about. Lenny Pintor (Cruciate Ligament Rupture) won’t be in action.

We think that Châteauroux will really need to work well to score goals against this ESTAC outfit who we think might gain the upper hand.

That’s why we have predicted a very competitive encounter with a 0-1 winning score for ESTAC at the end of this one. 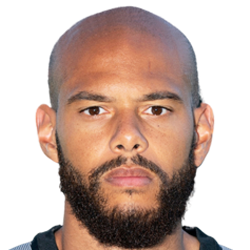 Typically playing in the Central Defensive Midfielder position, Rémi Mulumba was born in Abbeville, France. After making a first senior appearance for FC Lorient in the 2010 - 2011 season, the skilful Midfielder has contributed 3 league goals in the Ligue 2 2020 - 2021 season to date in a total of 27 appearances.

While we have made these predictions for Châteauroux v ESTAC for this match preview with the best of intentions, no profits are guaranteed. Always gamble responsibly, and with what you can afford to lose.