Sochaux are the guests at Stade Gaston Petit on Saturday for the Ligue 2 showdown with hosts Châteauroux.

All Châteauroux v Sochaux match predictions, user poll and stats are shown below (plus the best game odds).

Châteauroux will be wanting a better result here after the 0-3 Ligue 2 defeat in their last game at the hands of Pau FC.

Their prior results show that Châteauroux:

Following on from being defeated in their last game at the hands of Niort in Ligue 2 competition, Sochaux and their travelling fans will hope for a better result here.

In the course of their 6 previous matches, Omar Daf's Sochaux have found the net a total of 7 times therefore yielding them the goals scored per game average of 1.17.

Leading up to this clash, Sochaux:

Checking on their prior head-to-head clashes stretching back to 20/03/2015 shows that Châteauroux have won 2 of these games and Sochaux 1, with the number of drawn matches being 3.

14 goals were shared by the two clubs in this period, with 8 of them for Châteauroux and 6 being from Les Lionceaux. The average number of goals per game works out to 2.33.

The last league fixture featuring these sides was Ligue 2 match day 17 on 03/12/2019 which ended up with the score at Châteauroux 1-1 Sochaux.

It doesn’t get much better regarding selection, with just the sole fitness concern for the Châteauroux gaffer Nicolas Usai to be concerned about due to a largely intact group. Chaker Alhadhur (Cruciate Ligament Rupture) will miss out.

Thanks to a mainly available group of players, there’s just a single fitness worry for the Sochaux gaffer Omar Daf to be concerned about. Yann Kitala (Tibia Fracture) won’t be in action.

In our opinion, Sochaux and Châteauroux could both end up scoring in what appears to be a good match-up, with little separating these two teams.

Shouldn’t be much in it, and a draw looks quite a realistic result. That’s why we have predicted a very close game with a 1-1 score at the end of the 90 minutes. 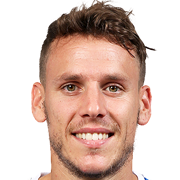 Mostly taking to the field in the Right Attacking Midfielder position, Romain Grange was born in Châteauroux, France. After having made a senior debut playing for Châteauroux in the 2008 - 2009 season, the dangerous Midfielder has hit 2 league goals in this Ligue 2 2020 - 2021 campaign so far in 7 appearances.

While we have made these predictions for Châteauroux v Sochaux for this match preview with the best of intentions, no profits are guaranteed. Always gamble responsibly, and with what you can afford to lose.