The Premier League meeting at Stamford Bridge on Sunday sees home team Chelsea take to the field against opponents Wolves.

Our tips, poll and stats for Chelsea v Wolves can all be found here - as well as up-to-date odds.

Chelsea will be wanting a better result here following the 5-3 Premier League defeat in their last game at the hands of Liverpool.

Matches with Chelsea have often been lively ones lately with a lot of goalmouth action anticipated. Over their past 6 clashes, a total of 24 goals have been recorded for both sides combined (at an average of 4 goals per game) with 13 of these accredited to The Blues.

Their past results show that Chelsea:

Wolves head into the match after a 2-0 Premier League win against Crystal Palace in their last fixture.

For 5 of the past 6 games involving Wolverhampton Wanderers, a notably low volume of goals have been scored between them and their opposition. The overall average goals scored per game within that period comes to just 1.83, with the average goals for Wolves equalling 1.17. That kind of trend won’t necessarily be continued into this game, of course.

Ahead of this clash, Wolverhampton Wanderers have not won away from home in their last 2 league matches.

A review of their past head to head meetings going back to 02/01/2012 shows us that Chelsea have won 4 of these and Wolves 1, with the number of drawn games standing at 1.

Those games weren’t short on goals, either, with 23 in total which averages out at 3.83 goals per match.

Owing to a completely injury-free group ready to go, Wolves boss Nuno Espírito Santo has zero fitness concerns to report ahead of this game.

We feel that in this game, Chelsea should get the win and a possible clean sheet when they play Wolves, who could well struggle scoring a goal of their own.

Over/Under 2.5 Goals Prediction for Chelsea vs Wolves
Under 2.5 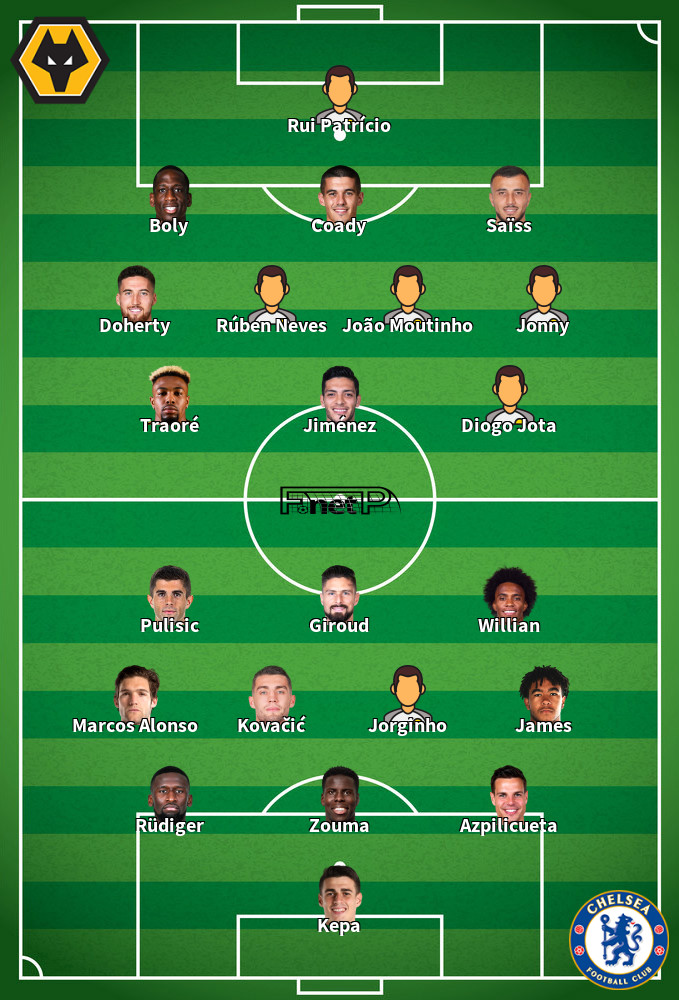 Customarily taking up the Striker position, Tammy Abraham was born in Camberwell, England. After having made a senior debut playing for Chelsea in the 2015 - 2016 season, the dangerous Forward has struck 14 league goals in the Premier League 2019 - 2020 season to date in a total of 32 appearances.

While we have made these predictions for Chelsea v Wolves for this match preview with the best of intentions, no profits are guaranteed. Always gamble responsibly, and with what you can afford to lose.