Entella take on visiting club Chievo Verona at Stadio Comunale di Chiavari in this Serie B match on Friday.

Our tips, poll and stats for Entella v Chievo Verona can all be found here (inc. the best betting odds).

Entella will be hoping for a better result after a 1-0 Serie B loss in their previous game against Cittadella.

Entella haven’t exactly had impressive attacking statistics in recent times. Their sum of goals stands at just 3 versus opposition teams during their last six fixtures. In those games, Entella have also seen the tally of goals scored against them total 11.

Coming into this meeting, Entella are without a win at home for the past 8 league games. No joy for the home fans.

In the game prior to this, Chievo Verona drew 1-1 in the Serie B match with Cremonese.

The stats don’t lie, and Chievo Verona have been scored against in 5 of their last 6 games, conceding 8 goals in total. At the back, Mussi Volanti could really do with shoring things up. Nevertheless, time will tell if the trend might be maintained in this match.

Coming into this meeting, Chievo Verona haven’t won away from home in the past 10 matches in the league. Their travelling support will be needed here, for sure.

The previous league game between these clubs was Serie B match day 18 on 15/01/2021 when it finished Chievo Verona 2-1 Entella.

In that game, Chievo Verona managed 60% possession and 21 shots at goal with 6 of them on target. The goals were scored by Amato Ciciretti (49') and Manuel De Luca (53').

For their opponents, Entella had 4 attempts on goal with 3 of them on target. Matteo Brunori (76') was the scorer.

The referee was Daniele Paterna.

Due to a completely healthy group to choose from, Chievo Verona boss Alfredo Aglietti does not have any fitness concerns to report ahead of this game.

Here, we’re thinking that Entella may find it difficult to put one past this Chievo Verona team who we reckon should get a goal themselves and run out victorious.

We’re therefore predicting a highly competitive game with a 0-1 win for Chievo Verona when the referee blows for full-time. 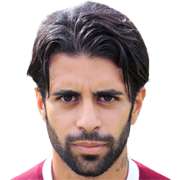 Mostly taking to the field in the Centre Midfield position, Andrea Schenetti was born in Milan, Italy. Having made his senior debut playing for Cittadella in the 2014 - 2015 season, the goalscoring Midfielder has netted 4 league goals in this Serie B 2020 - 2021 campaign so far coming from a total of 28 appearances.

We have made these Entella v Chievo Verona predictions for this match preview with the best intentions, but no profits are guaranteed. Please always gamble responsibly, only with money that you can afford to lose. Good luck if you do place a bet today.