Cittadella will be hosting away team Empoli at Stadio Piercesare Tombolato in the Serie B meeting on Saturday.

Full predictions, pre-match stats and user poll for Cittadella v Empoli are shown on this page (plus the best game odds).

Cittadella will be hoping to return to winning ways here following a 3-1 Serie B losing effort in their last game against Pescara.

In that game, Cittadella had 62% possession and 11 attempts on goal with 4 on target. The only player on the scoresheet for Cittadella was Karamoko Cissé (60'). Pescara had 7 shots at goal with 5 on target. Damir Ceter (16', 19') and Dejan Vokić (40') scored for Pescara.

In their preceding 6 fixtures, Roberto Venturato's Cittadella have celebrated scoring 8 times - an average number of goals per match of 1.33.

Coming into this clash, Cittadella have not won against Empoli in their previous 3 league matches.

Empoli will come into the match after a 3-0 Serie B win over Reggina in their previous outing.

The stats don’t lie, and Empoli have been scored against in 5 of their last 6 matches, seeing opposing sides hit 7 goals in total. In defence, Azzurri seem to have a bit of a soft underbelly.

Coming into this meeting, Empoli have not been beaten by Cittadella when they've played them away from home in the last 4 league games. Travelling fans have really enjoyed these clashes.

Checking out their prior head to head duels going back to 26/12/2013, there has been little between the sides with Cittadella winning 2 of those games, Empoli 2 and 2 being drawn in regulation time.

A combined sum of 12 goals were shared by the two clubs in this period, with 6 of them for Granata and 6 belonging to Azzurri. The average goals per game has been 2.

The last league match featuring these sides was Serie B match day 23 on 08/02/2020 when it finished Cittadella 1-2 Empoli.

On that day, Cittadella managed 58% possession and 14 attempts on goal with 4 on target. Their only player on the scoresheet was Davide Adorni (38').

At the other end, Empoli got 11 attempts on goal with 5 on target. Leonardo Mancuso (6') and Nedim Bajrami (73') scored.

Cittadella boss Roberto Venturato will be grateful to have no fitness worries whatsoever coming into this clash owing to a completely injury-free squad ready to go.

Out of a mainly full-strength group of players, there’s just the sole fitness worry for the Empoli boss Alessio Dionisi to contend with. Samuele Damiani (Sideband injury) won’t be playing here.

In this match, Empoli have the ability to find the net against this Cittadella lineup, but that probably won’t quite be as many as they will have scored against them.

We are anticipating a close game with a 2-1 winning margin for Cittadella at full-time. Could easily see this go either way. 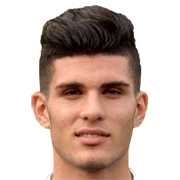 Mostly taking to the field in the Centre Midfield position, Mario Gargiulo was born in Naples, Italy. Having played his first senior match for Brescia in the 2014 - 2015 season, the talented Midfielder has contributed 2 league goals in this Serie B 2020 - 2021 season so far coming from a total of 6 appearances.

While we have made these predictions for Cittadella v Empoli for this match preview with the best of intentions, no profits are guaranteed. Always gamble responsibly, and with what you can afford to lose. We wish you the best of luck.