Reggina take on visitors Cittadella at Stadio Oreste Granillo in this Serie B meeting on Saturday.

Our Reggina v Cittadella tips, poll and stats can be seen in full below (plus the best game odds).

Reggina will be hoping for a repeat of their last result, following a 1-0 Serie B triumph versus Cittadella.

In that game, Reggina had 46% possession and 4 attempts at goal with 1 of them on target. The only player on the scoresheet for Reggina was Riccardo Gagliolo (22'). At the other end, Cittadella had 2 shots on goal with 0 on target.

Their more recent scorelines reveal that not much more can be done by the Reggina backline. Reggina have been mean at the back, with the tally of goals that have gone in at their end over the course of their previous six clashes standing at 3.

Going into this game, the form guide shows that Reggina:

Edoardo Gorini's Cittadella have had reason to celebrate scoring a total of 10 times in the course of their latest six matches. The number of goals that have been scored against them during those same clashes equals 8.

Looking over their prior head to head clashes stretching back to 23/11/2013 shows that Reggina have won 0 of these games and Cittadella 3, with the tally of drawn matches being 3.

A total of 8 goals were shared by the two clubs in this period, with 2 of them from Gli Amaranto and 6 belonging to Granata. That’s an average goals per game of 1.33.

The last league game featuring these sides was Serie B match day 30 on 15/03/2022 and the score finished Cittadella 0-0 Reggina.

On that day, Cittadella had 59% possession and 21 shots at goal with 7 on target.

Reggina got 10 attempts at goal with 4 on target.

The match was refereed by Lorenzo Maggioni.

There aren’t many selection issues, with just the sole fitness concern for the Reggina boss Filippo Inzaghi to be concerned with thanks to an otherwise robust squad. Andrey Galabinov (Achilles tendon problems) won’t play.

Thanks to a mainly full-strength group of players, there’s only a single fitness problem for the Cittadella gaffer Edoardo Gorini to be concerned about. Carlos Embalo (Muscle Injury) won’t be playing here.

In our view, Cittadella would be disappointed if they were not to put one past this Reggina lineup, but that might not quite be enough to avoid defeat.

We are anticipating a close game with a 2-1 win for Reggina at the end of the 90 minutes. Should be a good one. 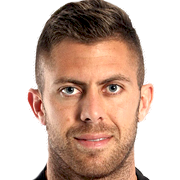 Customarily taking up the Right Wing position, Jérémy Ménez was born in Longjumeau, France. After having made a senior debut playing for Sochaux in the 2004 - 2005 season, the talented Forward has got 2 league goals in the Serie B 2022 - 2023 campaign to date in 5 appearances.

While we have made these predictions for Reggina v Cittadella for this match preview with the best of intentions, no profits are guaranteed. Always gamble responsibly, and with what you can afford to lose. Best of luck with your selections.