The First Division A clash at Kehrwegstadion on Sunday will see hosts Eupen welcome Club Brugge.

View all Eupen v Club Brugge tips, stats and our pre-match poll below - plus the latest match odds.

Eupen will be hoping for a better result after a 3-1 First Division A defeat in their last game at the hands of Charleroi.

It has not been often in recent times that Eupen haven’t conceded. The facts show that Eupen have seen their defence breached in 6 of their previous 6 games, letting in 15 goals on the way.

Coming into this contest, Eupen haven’t won at home in the past 2 matches in the league.

Club Brugge head into the meeting following a 3-2 First Division A win with the downing of KRC Genk in their last match.

A sequence of resolute showings from the Club Brugge defenders has seen their ‘goals against’ tally standing at 4 from their previous 6 clashes in total. Over that same period of time, their forwards have scored 11. Such a pattern won’t necessarily follow through into this match, however.

Coming into this clash, Club Brugge are undefeated in their last 6 away league matches.

Delving into their past head to head results going back to 10/03/2019 reveals that these fixtures have been pretty painful for Eupen. They’ve not been able to register any wins at all while Club Brugge have just been too good for them, getting wins in 67 per cent of those games played.

An aggregate of 19 goals were shared by the two clubs in these games, with 3 from Pandas and 16 for Blauw-Zwart. That’s an average goals per game of 3.17.

The last league fixture between these sides was First Division A match day 28 on 20/02/2022 when it finished Eupen 1-3 Club Brugge.

That day, Eupen had 48% possession and 11 attempts at goal with 5 on target. Their only player to score was Smail Prevljak (62').

The Eupen boss Bernd Storck will be happy not to have any fitness worries whatsoever before this match thanks to a completely injury-free group available for selection.

We’re inclined to think that Club Brugge have it within them to dominate possession and create several successful chances.

At the same time, Eupen could well find it tough to score, although we do think that it’s probable they’ll be hitting back at some stage here. 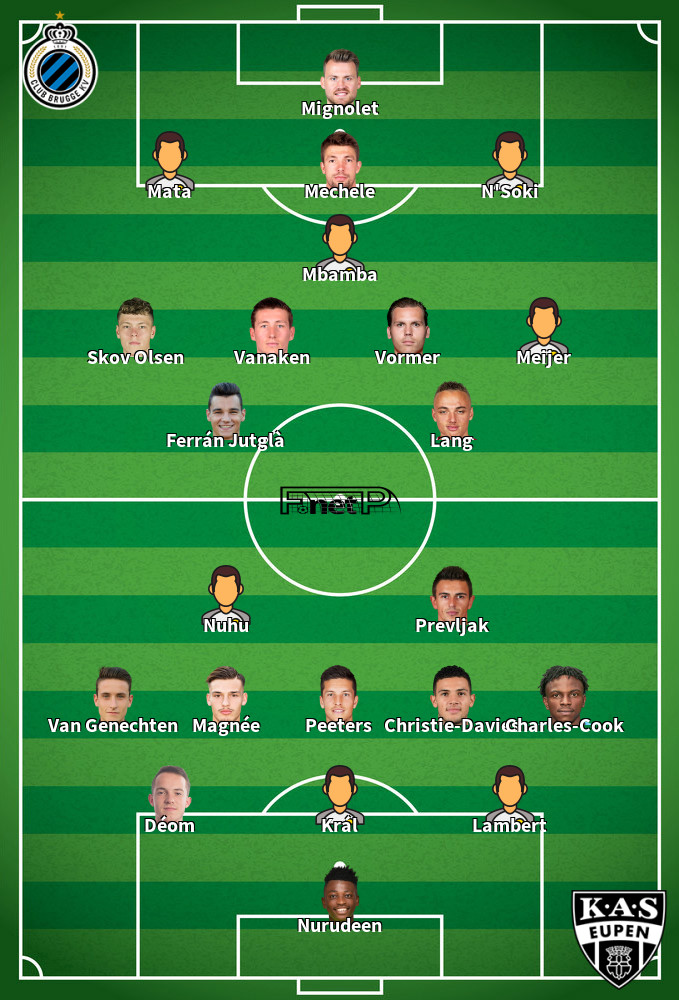 We have made these Eupen v Club Brugge predictions for this match preview with the best intentions, but no profits are guaranteed. Please always gamble responsibly, only with money that you can afford to lose. We wish you the best of luck.