Club Brugge play host to away side Waasland-Beveren at Jan Breydelstadion in the First Division A match on Saturday.

Club Brugge will be hoping for a repeat of their last result, following a 1-2 First Division A success vs KRC Genk.

It has not been often in recent games where Club Brugge have kept a clean sheet. It will be a concern for them that Blauw-Zwart have been scored against in 5 of their previous 6 games, leaking 5 goals on the way.

Going into this game, the form guide shows that Club Brugge:

Following on from a loss in their previous game against Oud-Heverlee Leuven in First Division A competition, Waasland-Beveren and their travelling fans will hope for a better result here.

The only name on the scoresheet from Waasland-Beveren was Joseph Efford (51'). Xavier Mercier (30', 58') and Thomas Henry (89') scored for Oud-Heverlee Leuven.

Showing their penchant for eventful matches, we’ve had goals 20 times in the previous 6 games in which Waasland-Beveren have taken to the field, giving a mean average of 3.33 goals for each fixture. Opposing teams have managed 14 from this total. Let’s see if that trend will end up being continued on into this next match.

Coming into this contest, Waasland-Beveren have not won against Club Brugge in away games against them for the last 6 league games. They really have not been travelling well at all.

A look at their most recent head-to-head meetings stretching back to 19/11/2017 shows that Club Brugge have won 3 of them & Waasland-Beveren 1, with the number of drawn games standing at 2.

17 goals were scored between the two sides in these games, with 11 of them from Blauw-Zwart and 6 being from Wase Wolven. That’s an average goals per game of 2.83.

The previous league clash featuring the two was First Division A match day 26 on 15/02/2020 which finished with the scoreline of Club Brugge 2-1 Waasland-Beveren.

Thanks to a largely healthy group, there’s only the lone fitness issue for the Waasland-Beveren gaffer Nicky Hayen to contend with. Andrija Vukcevic (Syndesmotic ligament tear) won’t be in action.

It’s pretty clear that Waasland-Beveren will have a difficult task to find the net against a Club Brugge lineup who look likely to own this match if all goes as we expect it to.

We are anticipating a 3-0 margin for Club Brugge by the conclusion of the match.

Over/Under 2.5 Goals Prediction for Club Brugge vs Waasland-Beveren
Over 2.5 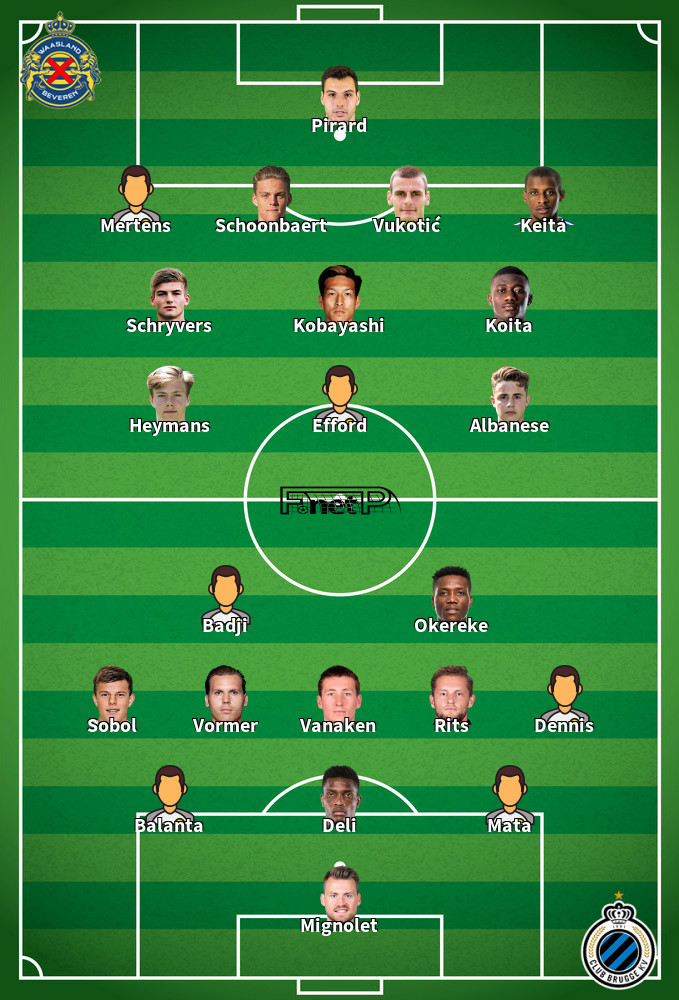 Customarily taking up the Striker position, Youssouph Badji was born in Senegal. After having played his first senior match for Club Brugge in the 2020 - 2021 season, the goalscoring Forward has contributed 2 league goals in this First Division A 2020 - 2021 campaign so far in a total of 4 appearances.

We have made these Club Brugge v Waasland-Beveren predictions for this match preview with the best intentions, but no profits are guaranteed. Please always gamble responsibly, only with money that you can afford to lose. We wish you the best of luck.