Return to this page a few days before the scheduled game when this expired prediction will be updated with our full preview and tips for the next match between these teams.
Full-Time Result Prediction
👉
Colchester United to Win

Scroll down for all of our predictions, poll and stats for the Colchester United v Doncaster Rovers game - plus the latest betting odds.

Colchester United will be hoping to bounce back here following a 1-0 League Two defeat last time out to Crewe Alexandra.

Colchester United haven’t made the most of their chances in more recent games. Their goals record equals just 4 versus opponents over the course of their last six fixtures. In those games, Colchester United have also seen the number of goals that have gone against them come to 9. Previous results aside, we’ll just have to find out whether that trend will be maintained in this upcoming game or not.

Doncaster Rovers will come into the match following a 1-3 League Two win vs Grimsby Town in their previous outing.

A look at their previous results shows us that Doncaster Rovers:

Checking on their past head to head clashes stretching back to 23/08/2014 shows that Colchester United have won 1 of them and Doncaster Rovers 4, with the number of drawn results being 1.

In all, 13 goals were yielded between them during those clashes, with 5 of them from The U's and 8 coming from The Rovers. The average goals per game has been 2.17.

The last league meeting between the two was League Two match day 42 on 14/04/2017 and the score finished Colchester United 1-1 Doncaster Rovers.

From a largely healthy squad, there’s just the sole fitness worry for the Doncaster Rovers gaffer Danny Schofield to be concerned about. Jon Taylor (Ankle Injury) misses out for this game.

We feel that Doncaster Rovers may well find it hard to break down this Colchester United outfit who we think will get the win and a maybe even keep a clean sheet as well.

That’s why our selection here is for a hard-fought 1-0 advantage for Colchester United when the full-time whistle blows. 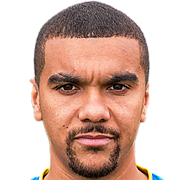 Generally taking up the Striker position, Kwesi Appiah was born in Thameshead, England. Having made his senior debut playing for Ebbsfleet United in the 2008 - 2009 season, the talented Forward has bagged 2 league goals in the League Two 2022 - 2023 season so far from a total of 10 appearances.

While we have made these predictions for Colchester United v Doncaster Rovers for this match preview with the best of intentions, no profits are guaranteed. Always gamble responsibly, and with what you can afford to lose. Good luck with your selections.