The League Two match at Lamex Stadium on Saturday sees home side Stevenage do battle with Colchester United.

Scroll down to see all of the predictions, poll and statistics for Stevenage v Colchester United - plus the latest betting odds.

Stevenage will be looking to improve on their last outing here after the 1-2 League Two loss in their previous game against Mansfield Town.

The only player to score from Stevenage was Scott Cuthbert (55'). John-Joe O'Toole (19') and Ryan Stirk (65') scored for Mansfield Town.

A recurring aspect of recent Stevenage games is seeing a zero in the scoreline.

Taking their previous six matches leading up to this one, in 5 of them a wager on "Both Teams to Score" would have lost. That sort of trend isn’t assured to be sustained into this match, of course.

In their last fixture, Colchester United drew 0-0 in the EFL Trophy match with Ipswich Town.

Hayden Mullins's Colchester United have managed to stick the ball in the net a total of 5 times in the course of their most recent six matches. The total of goals that they have conceded during that same period equals 8.

Taking a look at their past results, Colchester United:

Looking at the statistics for their head to head meetings stretching back to 26/12/2018, there has been little between the sides with Stevenage winning 2 of those games, Colchester United 2 and 2 being drawn after 90 minutes of play.

A combined sum of 14 goals were yielded between them during those clashes, with 6 for Boro and 8 for The U's. This gives an average number of goals per game equal to 2.33.

The last league game between these clubs was League Two match day 26 on 26/01/2021 which finished with the scoreline of Stevenage 0-0 Colchester United.

The Stevenage manager has a full complement, with no fitness concerns whatsoever coming into this clash owing to a fully injury-free squad available to select from.

Thanks to a completely healthy group available for selection, the Colchester United boss Hayden Mullins does not have any fitness worries whatsoever coming into this clash.

In our view, Colchester United might need a bit of good fortune to find the net against this Stevenage lineup who should do enough to score at the other end and edge ahead.

Therefore, we predict a very even contest with a 1-0 winning score for Stevenage at the end of the 90 minutes. 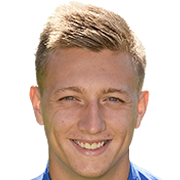 Normally played in the Striker position, Luke Norris was born in Stevenage, England. After having made a senior debut playing for Brentford in the 2013 - 2014 season, the talented Forward has bagged 2 league goals in the League Two 2021 - 2022 campaign to date in a total of 16 appearances.

While we have made these predictions for Stevenage v Colchester United for this match preview with the best of intentions, no profits are guaranteed. Always gamble responsibly, and with what you can afford to lose. Good luck with your selections.