All of our predictions, stats and the user poll for Dungannon Swifts v Coleraine are shown below - as well as up-to-date odds.

Dungannon Swifts will be wanting a better result here following a 6-0 Premiership defeat in their last game at the hands of Glentoran.

Dean Shiels's Dungannon Swifts have scored a sum total of 7 times in their last 6 outings. The comparative tally of goals that have been scored against them in that time is 10.

Coleraine head into the clash after a 1-0 Premiership win to beat Carrick Rangers in their most recent fixture.

The only name on the scoresheet from Coleraine was Matthew Shevlin (70').

Oran Kearney's Coleraine have turned their attacks into goals a total of 12 times in the course of their latest 6 matches. The aggregate of goals that they have conceded during the equivalent period adds up to 5.

Leading up to this clash, Coleraine:

Looking at past results between these clubs going back to 06/03/2021 tells us that these encounters have been a source of anguish for Dungannon Swifts. They have not been able to get themselves any wins at all while Coleraine have maintained the edge over them, getting wins in 100 per cent of those games where they have faced each other.

21 goals were scored between the two sides throughout the course of those matches, with 2 from The Swifts and 19 created by The Bannsiders. The average goals per game has been 3.5.

The last league encounter featuring the two was Premiership match day 18 on 03/12/2022 which finished with the scoreline of Coleraine 2-0 Dungannon Swifts.

The referee was Raymond Crangle.

The Dungannon Swifts boss Dean Shiels does not have any fitness worries at all coming into this game owing to a fully injury-free group to pick from.

With a completely injury-free squad available to choose from, the Coleraine boss Oran Kearney does not have any fitness concerns whatsoever coming into this match.

We feel that over the course of the game, Dungannon Swifts could well find it tough to score goals against this Coleraine lineup who we reckon should score one, at least.

That’s why we have predicted a hard-fought 0-1 win for Coleraine at the end of this one. 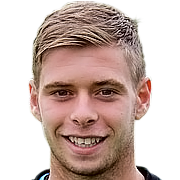 Regularly deployed in the Centre Midfield position, James Knowles was born in N. Ireland. Having played his first senior match for Cliftonville in the 2012 - 2013 season, the dangerous Midfielder has struck 4 league goals in the Premiership 2022 - 2023 season to date from a total of 23 appearances.

We have made these Dungannon Swifts v Coleraine predictions for this match preview with the best intentions, but no profits are guaranteed. Please always gamble responsibly, only with money that you can afford to lose. We wish you the best of luck.