For all of our match predictions, pre-game poll and statistics for San Lorenzo v Colón, scroll down (plus the best game odds).

San Lorenzo head into this game after a 0-0 Superliga stalemate versus Atlético Tucumán.

In that match, San Lorenzo had 49% possession and 4 shots on goal with 1 on target. On the other side, Atlético Tucumán had 16 attempts at goal with 2 on target.

Their latest results show that things are going according to plan in the San Lorenzo defence. San Lorenzo have been mean at the back, with the total number of goals that have gone in at their end over the course of their last six clashes standing at 4. Such a trend might not follow through into this match, of course.

In their previous fixture, Colón drew 0-0 in the Superliga tie with Banfield.

In that match, Colón had 57% possession and 14 attempts at goal with 3 of them on target. At the other end, Banfield got 11 shots on goal with 2 on target.

The trend of at least one team not scoring a goal in games involving Colón has become apparent recently. Looking at their last six meetings reveals that this has happened 5 times. During those clashes, opposing sides have hit a goal aggregate of 5 while Colón have scored 2.

Analysis of their past results shows that Colón:

A look at their prior head to head meetings going back to 16/06/2017 shows that San Lorenzo have won 0 of them & Colón 3, with the number of draws standing at 3.

A combined total of 14 goals were shared by the two clubs during those clashes, with 5 of them for Ciclón and 9 for Los Sabaleros. That is an average goals per game value of 2.33.

Due to a completely healthy group available for selection, the Colón manager Eduardo Domínguez doesn’t have any fitness worries to report before this game.

In our view, Colón and San Lorenzo should both be able to score here although it’s hard to pick a clear winner.

A draw looks like a realistic possibility, but we’ll see what happens. We’re therefore tipping a tight encounter, finishing with a 1-1 score draw when the referee blows the full-time whistle. 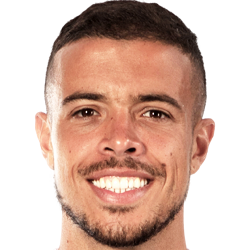 Customarily used in the Striker position, Franco Di Santo was born in Mendoza, Argentina. Having made his senior debut playing for Audax Italiano in the 2006 - 2007 season, the skilful Forward has accumulated 2 league goals in the Superliga 2021 campaign to date from a total of 9 appearances.

While we have made these predictions for San Lorenzo v Colón for this match preview with the best of intentions, no profits are guaranteed. Always gamble responsibly, and with what you can afford to lose. Good luck with your selections.