Our full set of predictions, statistics and match poll for San Jose Earthquakes v Colorado Rapids can be seen below (plus the best game odds).

San Jose Earthquakes will be looking for an improved result here following a 3-0 MLS losing effort in their last game against New York City FC.

Colorado Rapids will go into this meeting following a 2-0 MLS win over Portland Timbers in their last game.

In the course of their 6 latest matches, Robin Fraser's Colorado Rapids have managed to stick the ball in the net 6 times - yielding them a goals per game average of 1.

Inspecting their most recent head-to-head meetings going back to 28/07/2019 tells us that San Jose Earthquakes have won 1 of them and Colorado Rapids 3, with the number of drawn games being 2.

A total of 17 goals were shared by the two clubs in this period, with 6 of them from Quakes and 11 created by Rapids. That is an average goals per game value of 2.83.

The last league encounter featuring these clubs was MLS match day 30 on 05/09/2021 when it finished San Jose Earthquakes 0-1 Colorado Rapids.

In that match, San Jose Earthquakes managed 53% possession and 11 attempts on goal with 2 on target.

On the other side, Colorado Rapids got 13 attempts on goal with 5 of them on target. Badji (89') scored.

The match was refereed by Joe Dickerson.

Almost everyone can be considered, as there’s just one fitness concern for the San Jose Earthquakes gaffer Matías Almeyda to be concerned with due to a largely intact group of players. George Asomani (Hip Injury) is out of contention.

We’re of the view that Colorado Rapids and San Jose Earthquakes should both get enough opportunities to score, although it’s hard to separate the two.

It could well end in a draw. We’re therefore expecting a very even match with a 1-1 score draw at the end of the match. 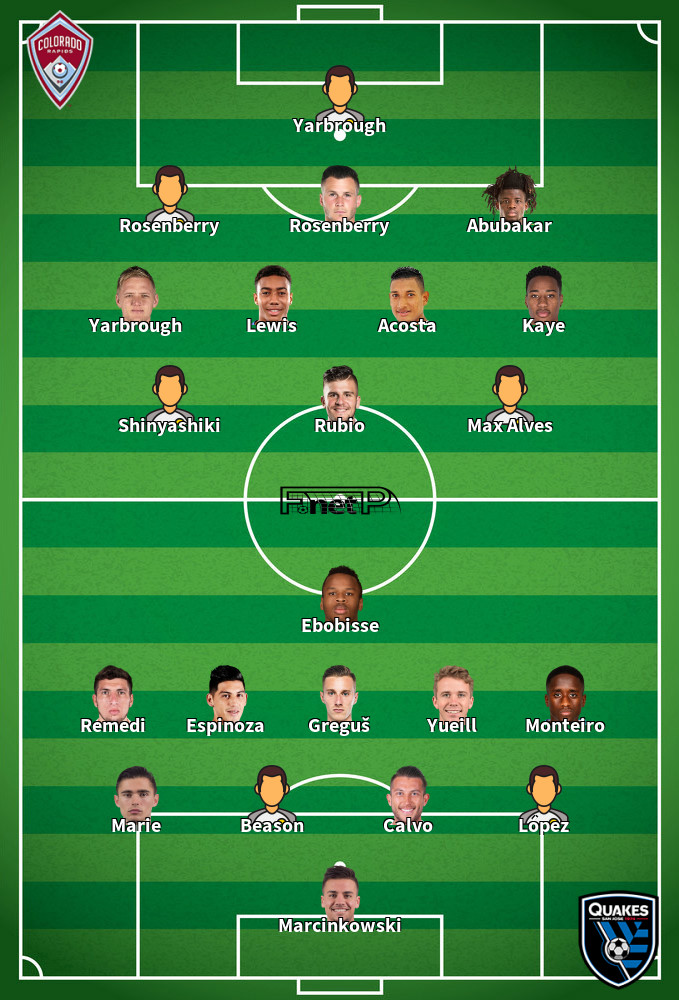 While we have made these predictions for San Jose Earthquakes v Colorado Rapids for this match preview with the best of intentions, no profits are guaranteed. Always gamble responsibly, and with what you can afford to lose. We wish you the best of luck.