Corinthians take on visitors Vasco da Gama at Neo Química Arena in this Serie A clash on Sunday.

Our Corinthians v Vasco da Gama tips, poll and stats can be seen in full below (including the best match odds).

Corinthians will be wanting a better result here after the 1-0 Serie A losing effort in their last game against Santos.

It’s not been often in recent games where Corinthians have kept a clean sheet. The facts show that Timão have been scored against in 6 of their previous 6 clashes, shipping 11 goals during that time. That kind of trend isn’t assured to be carried forward into this match, of course.

After a loss in their previous game against Internacional in Serie A action, Vasco da Gama will be hoping to turn things around here.

The stats don’t lie, and Vasco da Gama have been scored against in 5 of their last 6 matches, letting opponents get 10 goals in all. Defensively, Vascão just haven’t been too solid at all.

A look at their previous results shows us that Vasco da Gama:

A study of their past head to head meetings stretching back to 17/09/2017 tells us that these encounters have been pretty painful for Vasco da Gama. They’ve not been able to come away with any victories whatsoever while Corinthians have been too good for them, winning in 83 per cent of those matches.

A combined sum of 13 goals were scored between the two sides during those clashes, with 10 for Timão and 3 created by Vascão. That is an average goals per game value of 2.17.

The previous league fixture between these clubs was Serie A match day 18 on 22/10/2020 when it ended Vasco da Gama 1-2 Corinthians.

On that occasion, Vasco da Gama managed 63% possession and 17 attempts at goal with 8 on target. Their only player to score was Ribamar (72').

With a completely healthy squad to pick from, Vasco da Gama boss Vanderlei Luxemburgo has zero fitness worries at all ahead of this game.

We feel that over the course of the game, Vasco da Gama could find themselves up against it to see themselves scoring against this Corinthians lineup who we think will likely do enough to score at the other end and edge ahead.

That’s why our selection here is for a 1-0 winning margin for Corinthians at the end of the 90 minutes. 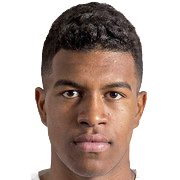 Generally deployed in the Right Wing position, Léo Natel was born in Porto Alegre, Brazil. After having made a senior debut playing for São Paulo in the 2017 season, the dangerous Forward has managed to score 4 league goals in the Série A 2020 season so far in a total of 28 appearances.

While we have made these predictions for Corinthians v Vasco da Gama for this match preview with the best of intentions, no profits are guaranteed. Always gamble responsibly, and with what you can afford to lose. Good luck!