Cork City will be hoping for a better result after the 0-3 Premier Division loss in their previous game against Shamrock Rovers.

Neale Fenn's Cork City have managed to score a sum total of 7 times in their preceding six outings. The comparative tally of goals that they have conceded in that same time amounts to 9.

Dundalk come into this encounter after a 0-1 Europa League Qualifiers win to beat Inter Club d'Escaldes in their most recent game.

Throughout their 6 latest matches, Vinny Perth's Dundalk have seen their goal attempts be successful 9 times therefore giving them a goals scored per game average of 1.5.

Ahead of this clash, Dundalk haven’t won away from home in the past 2 matches in the league.

Inspecting their prior head to head clashes dating back to 04/11/2018 shows that Cork City have won 1 of them and Dundalk 5, with the number of draws being 0.

A combined sum of 11 goals were yielded between them in this period, with 2 from The Rebel Army and 9 netted by The Lilywhites. That is an average goals per game value of 1.83.

The last league match between these sides was Premier Division match day 3 on 24/02/2020 which ended up with the score at Dundalk 3-0 Cork City.

Cork City manager Neale Fenn will be grateful not to have any fitness concerns whatsoever coming into this clash owing to a fully healthy group ready to go.

Due to a fully injury-free squad available to select from, Dundalk boss Vinny Perth has zero fitness worries to speak of before this clash.

In our view, Cork City will do well to score against this Dundalk outfit who should just have the edge.

We’re therefore tipping a hard-fought contest, finishing with a 0-1 winning margin for Dundalk when the full-time whistle blows.

Over/Under 2.5 Goals Prediction for Cork City vs Dundalk
Under 2.5 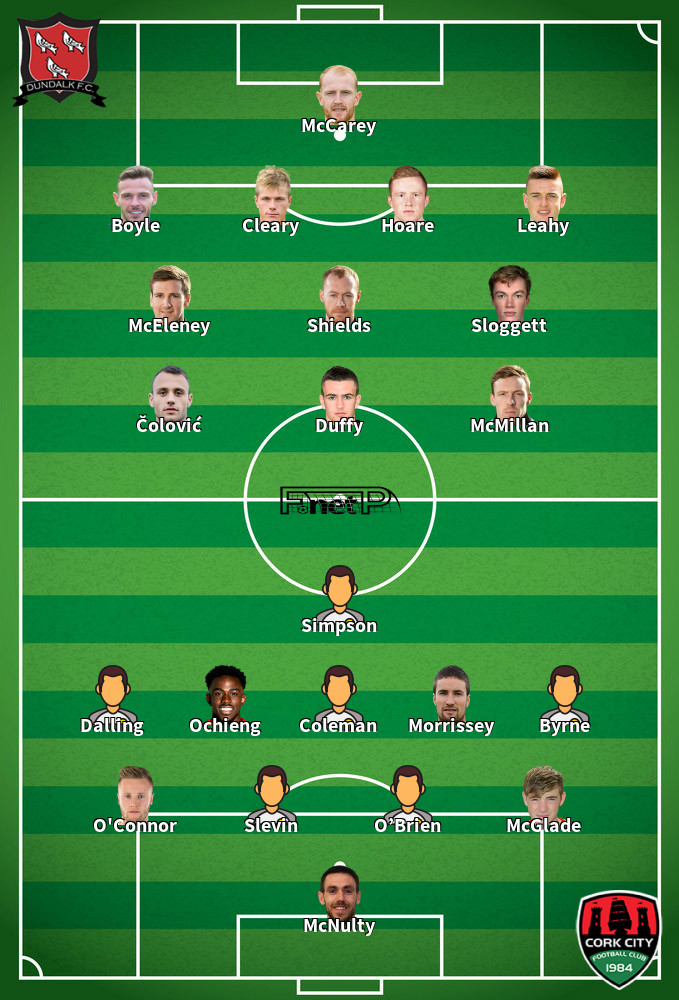 Mostly used in the Left Wing position, Deshane Dalling was born in England. After having made a senior debut playing for Cork City in the 2020 season, the gifted Forward has accumulated 2 league goals in the Premier Division 2020 campaign to date in a total of 8 appearances.

While we have made these predictions for Cork City v Dundalk for this match preview with the best of intentions, no profits are guaranteed. Always gamble responsibly, and with what you can afford to lose. Good luck if you do place a bet today.