This Coventry City v Sheffield Wednesday live stream video is ready for 16/01/2021. Fans of both clubs can watch this match on a live streaming service if this match is featured in the schedule mentioned above. Here we provide useful info for watching this Championship match including the most recent guide to form, h2h meetings and our game tips.

In order to watch the match using alternative sources, search for broadcasters’ listings in your place of residence. Such broadcasting deals are typically allocated on a per-competition/league or even per-fixture level. For games shown live on regional tv programmes, check the listings on the likes of BT Sport, Amazon Prime Video, Sky Sports, Now TV, iTV, Canal+, Fox Soccer, ESPN depending on your current location.

Where the abovementioned broadcaster has the rights to the Coventry City v Sheffield Wednesday soccer live streaming coverage, you’ll be able to view it on a mobile (iPhone, Android including Samsung Galaxy) and PC or even tablet (eg iPad, Huawei MediaPad).

After the match finishes, we might also provide a link to game highlights from time to time. We are not responsible for transmitting any game video content linked to from this site. All legal issues must be dealt with via the hosters/owners of said content.

Coventry City will take to the pitch with visiting opponents Sheffield Wednesday at St. Andrew's in this Championship meeting on Saturday.

Scroll down for all of our predictions, poll and stats for the Coventry City v Sheffield Wednesday game - as well as the best betting odds.

Coventry City will be looking for an improved result here after the 2-0 FA Cup defeat in their last game at the hands of Norwich City.

In that match, Coventry City had 38% possession and 16 shots on goal with 7 on target. Norwich City got 7 attempts at goal with 4 of them on target. Kenny McLean (6') and Jordan Hugill (7') scored for Norwich City.

Coventry City have not been in good attacking form in more recent games. Their sum of goals stands at just 2 versus opposing sides over their previous 6 outings. In those games, The Sky Blues have also seen the tally of goals scored against them total 6.

Sheffield Wednesday will go into this meeting following a 0-2 FA Cup win in the defeat of Exeter City in their previous fixture.

A sequence of resolute showings by the Sheffield Wednesday defenders has resulted in the number of goals they’ve conceded amounting to 4 from their previous 6 clashes in total. In that period of time, the number of goals that they have scored themselves amounts to 7. Nonetheless, we’ll just have to find out if that pattern will be sustained in this upcoming match or not.

Checking out their prior head to head duels dating back to 01/04/2008, there has been little between the sides with Coventry City winning 2 of those games, Sheffield Wednesday 2 and 2 being draws in normal time.

In all, 10 goals were yielded between them throughout the course of those matches, with 5 for The Sky Blues and 5 created by The Owls. That’s an average goals per game of 1.67.

The previous league fixture featuring these sides was Championship match day 20 on 19/12/2020 when the final score was Sheffield Wednesday 1-0 Coventry City.

On that day, Sheffield Wednesday had 40% possession and 12 shots on goal with 4 on target. Their only player on the scoresheet was Tom Lees (67').

Coventry City got 13 attempts at goal with 5 of them on target.

Looking at personnel, there is just a single fitness concern for the Coventry City boss Mark Robins to be concerned with thanks to an otherwise robust group of players. Jodi Jones (Cruciate Ligament Rupture) misses out.

With a fully healthy squad available for selection, Sheffield Wednesday manager Neil Thompson doesn’t have any fitness worries to report coming into this match.

We feel that over the course of the game, Sheffield Wednesday will really need to work well to register a score against this Coventry City lineup who will likely manage to get a goal of their own in a winning performance.

We therefore think that it’s going to be a very competitive game with a 1-0 winning score for Coventry City when the referee blows for full-time. 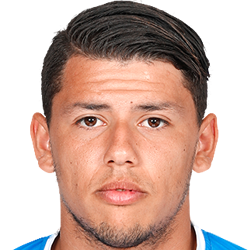 Typically taking to the field in the Centre Midfield position, Gustavo Hamer was born in Itajai, Brazil. After having played his first senior match for Feyenoord in the 2016 - 2017 season, the accomplished Midfielder has struck 4 league goals in this Championship 2020 - 2021 campaign to date in 19 appearances.

We have made these Coventry City v Sheffield Wednesday predictions for this match preview with the best intentions, but no profits are guaranteed. Please always gamble responsibly, only with money that you can afford to lose.

⚽️ Where can I find the odds for other Championship matches?

View all of our next (and previous) Championship predictions & previews here.