Crawley Town make the trip to VBS Community Stadium on Saturday for the League Two tie with hosts Sutton United.

Sutton United will be hoping for a better result following the 2-0 League Two loss in their previous game against Salford City.

It’s not been often in recent games where Sutton United have managed to hold out for a full 90 minutes. The reality is that Sutton United have failed to prevent opponents from scoring in 6 of their previous 6 clashes, letting in 9 goals on the way.

Going into this one, Sutton United are undefeated in their previous 4 home league matches.

In their last game, Crawley Town drew 2-2 in the League Two tie with Newport County.

Scott Lindsay's Crawley Town have managed to stick the ball in the net a total of 6 times in the course of their most recent six matches. The total of goals that they have conceded during those matches equals 9.

The previous league fixture featuring the two was League Two match day 23 on 26/12/2022 when the final score was Crawley Town 1-2 Sutton United.

The Sutton United manager Matt Gray will be grateful not to have any fitness worries to speak of ahead of this clash with a completely healthy group available to choose from.

Owing to a fully healthy group ready to go, the Crawley Town manager Scott Lindsay does not have any fitness concerns to report coming into this match.

We’re inclined to think that Crawley Town must be fancied to breach the defence of this Sutton United team, but that may not quite be enough to prevent defeat.

We can see a close game with a 2-1 winning margin for Sutton United when all is said and done. Looking forward to seeing how this one unfolds. 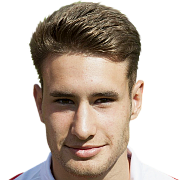 Typically taking up the Left Wing position, Will Randall was born in Swindon, England. Having played his first senior match for Sutton United in the 2022 - 2023 season, the gifted Forward has got 6 league goals in the League Two 2022 - 2023 season so far in 23 appearances.

While we have made these predictions for Sutton United v Crawley Town for this match preview with the best of intentions, no profits are guaranteed. Always gamble responsibly, and with what you can afford to lose. We wish you the best of luck.