Crewe Alexandra are going up against the visiting Hull City at Alexandra Stadium in the League One meeting on Friday.

For all of our match predictions, pre-game poll and statistics for Crewe Alexandra v Hull City, scroll down - along with the latest match odds.

Crewe Alexandra are hoping to win again after their last result, a 0-1 League One success over Northampton Town.

The only name on the scoresheet from Crewe Alexandra was Owen Dale (74').

Over their last six games, Dave Artell's Crewe Alexandra have scored a combined total of 5 times - an average number of goals per match of 0.83.

Ahead of this meeting, Crewe Alexandra have not registered a win against Hull City in their last 3 league games.

Last time out, Hull City drew 1-1 in the League One match with Gillingham.

The only scorer from Hull City was Tom Eaves (9'). Olly Lee (67') was the scorer for Gillingham.

Going into this one, Hull City are undefeated in their last 5 away league matches.

A glance at their prior head to head clashes stretching back to 13/04/1996 shows that Crewe Alexandra have won 1 of them and Hull City 3, with the tally of drawn results standing at 2.

A combined sum of 12 goals were scored between them in this period, with 4 of them for The Railwaymen and 8 being from The Tigers. That’s an average goals per game of 2.

Thanks to a completely healthy squad ready to go, Hull City manager Grant McCann has zero fitness concerns whatsoever ahead of this game.

Our feeling is that Crewe Alexandra might well have a job on their hands to hit the back of the net against this Hull City outfit who we think will likely end up scoring and staying ahead.

We’re therefore seeing a hard-fought 0-1 winning score for Hull City at the end of the 90 minutes. 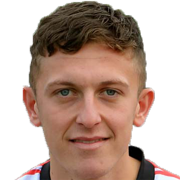 Regularly played in the Centre Midfield position, Oliver Finney was born in England. After having played his first senior match for Crewe Alexandra in the 2016 - 2017 season, the goalscoring Midfielder has managed to score 7 league goals in this League One 2020 - 2021 season to date from a total of 25 appearances.

We have made these Crewe Alexandra v Hull City predictions for this match preview with the best intentions, but no profits are guaranteed. Please always gamble responsibly, only with money that you can afford to lose.