The Serie B game at Stadio Ezio Scida on Monday will see home side Crotone welcome opponents Frosinone.

Our predictions, user poll and statistics for Crotone v Frosinone can be found here - along with the latest match odds.

Crotone will be hoping for a repeat of their last result, following a 1-5 Serie B triumph versus Livorno.

Their latest results reveal that things are going according to plan in the Crotone backline. Crotone have been mean at the back, resulting in the number of goals that have flown into the back of their net during their past six games standing at 4.

Coming into this fixture, Crotone haven't been defeated in their previous 7 league matches at home.

Following on from a loss in their previous game against Benevento in Serie B action, Frosinone and their fans will hope to get a better result this time.

In that game, Frosinone had 51% possession and 15 attempts on goal with 4 on target. For Frosinone, the goalscorers were Nicolò Brighenti (30') and Federico Dionisi (59'). For their opponents, Benevento got 18 attempts at goal with 5 of them on target. Giuseppe Di Serio (7'), Luca Caldirola (38') and Andrés Tello (40') scored for Benevento.

Looking at their form, and Frosinone have been scored against in 6 of their last 6 games, seeing opposing sides hit 11 goals in all. In defence, Canarini have seen their frailties exposed. We will just have to find out if that trend will be continued on here.

A glance at their past head-to-head meetings going back to 20/03/2010 shows that Crotone have won 5 of these games & Frosinone 1, with the number of drawn results standing at 0.

Those games weren’t short on goals, either, with 22 overall at an average of 3.67 goals per meeting.

On that occasion, Frosinone had 50% possession and 15 shots at goal with 5 of them on target. Their only player on the scoresheet was Luca Paganini (44').

Crotone boss Giovanni Stroppa will be thankful to have no fitness worries to speak of before this clash thanks to a completely healthy squad ready to go.

We believe that Frosinone and Crotone are both capable of scoring here.

It appears that a draw might be on the cards. With that in mind, we reckon that it will be a very close game with a 1-1 score at the end of the 90 minutes.

Both Teams to Score Prediction for Crotone vs Frosinone
Yes 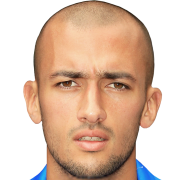 Customarily used in the Central Attacking Midfielder position, Ahmad Benali was born in Manchester, England. Having made his senior debut playing for Rochdale in the 2011 - 2012 season, the gifted Midfielder has netted 7 league goals in this Serie B 2019 - 2020 season to date coming from a total of 27 appearances.

We have made these Crotone v Frosinone predictions for this match preview with the best intentions, but no profits are guaranteed. Please always gamble responsibly, only with money that you can afford to lose.