Napoli will take to the pitch with visiting club Crotone at Stadio Diego Armando Maradona in the Serie A match on Saturday.

To see all of our predictions, user poll & stats for Napoli v Crotone, scroll down (including the best match odds).

Napoli will be hoping for a repeat of their last result, following the 0-2 Serie A triumph vs Roma.

SSC Napoli have been on a persistent run of goalscoring form, netting in each and every one of their last 6 matches.

They’ve managed to rack up 13 during that period and have conceded a total of 5. That sort of pattern might not be sustained into this match, however.

Their prior results show that SSC Napoli:

After suffering a loss in their previous game against Bologna in Serie A action, Crotone and their travelling supporters will be hoping that they can get a better result in this one.

The stats tell the story, and Crotone have been scored against in 6 of their last 6 games, seeing their opponents hit 18 goals in all. Defensively, Crotone can certainly do much better.

Ahead of this meeting, Crotone haven’t won away from home in the past 15 league games. What a horror away run it has been.

Looking over their past head-to-head meetings going back to 17/03/2007 tells us that Napoli have won 5 of them and Crotone 1, with the number of drawn results being 0.

An aggregate of 17 goals were yielded between them throughout the course of those matches, with 13 of them for Partenopei and 4 being from Crotone. That’s an average goals per game figure of 2.83.

The previous league clash featuring these clubs was Serie A match day 10 on 06/12/2020 which finished with the scoreline of Crotone 0-4 SSC Napoli.

In that match, Crotone had 39% possession and 6 shots at goal with 1 on target.

The match was refereed by Livio Marinelli.

Diego Demme (Shin bone bruise), Faouzi Ghoulam (Cruciate Ligament Rupture) and David Ospina (Finger Injury) will not be able to play for Napoli gaffer Gennaro Gattuso. Kalidou Koulibaly is ineligible for this match because of suspension.

With a completely healthy group to choose from, Crotone manager Serse Cosmi has zero fitness concerns whatsoever ahead of this match. The players who will not be able to play in this game through being suspended are Jacopo Petriccione and Aristóteles Romero.

In this game, Crotone should be able to score against this Napoli team, however that may not be enough to prevent defeat.

Our tip is for a 2-1 victory for Napoli after 90 minutes. Could easily see this go either way. 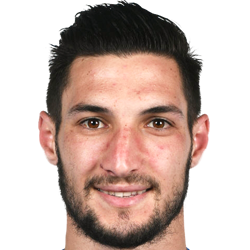 Usually played in the Right Wing position, Matteo Politano was born in Italy. Having played his first senior match for Pescara in the 2013 - 2014 season, the dangerous Forward has netted 8 league goals in the Serie A 2020 - 2021 campaign to date in 26 appearances.

While we have made these predictions for Napoli v Crotone for this match preview with the best of intentions, no profits are guaranteed. Always gamble responsibly, and with what you can afford to lose. Good luck with your selections.