Cruz Azul are hoping to win again after their last result, the 2-0 Liga MX (Clausura) victory against Club Tijuana.

Matches with Cruz Azul have often been lively ones of late with a lot of goalmouth action anticipated. Over their past 6 clashes alone, the sum total of 20 goals have been recorded for both sides combined (at an average of 3.33 goals per game) with 9 of those being chalked up by Cruz Azul.

FC Juárez will come into the meeting following on from a 2-1 Liga MX (Clausura) win as they beat Necaxa in their most recent outing.

Looking at their form, and FC Juárez have been scored against in 5 of their last 6 matches, letting opponents get 8 goals in total. Defensively, FC Juárez have clearly had some problems. Even so, we will just have to wait and see if that trend will be replicated in this next game or not.

Coming into this fixture, FC Juárez are without a win away from home in their last 4 league games.

The previous league game featuring these clubs was Liga MX (Apertura) match day 8 on 11/09/2021 which finished with the scoreline of FC Juárez 2-1 Cruz Azul.

Cruz Azul had 14 shots on goal with 1 on target. Lucas Passerini (4') scored.

The referee was Marco Ortiz.

The Cruz Azul manager Juan Reynoso has zero fitness concerns at all coming into this game thanks to a fully injury-free group to pick from.

Our feeling is that Cruz Azul will likely fashion enough chances to find the net more than once while possibly not conceding when they line up against FC Juárez, who will be up against it to break down their defence.

We can therefore see a pretty comfortable 2-0 winning margin for Cruz Azul at the conclusion of the game. 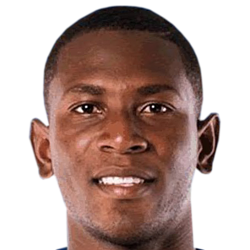 Customarily taking up the Striker position, Bryan Angulo was born in Guayaquil, Ecuador. Having played his first senior match for Cruz Azul in the 2019 - 2020 season, the dangerous Forward has scored a sum of 4 league goals in this Liga MX (Apertura) 2021 - 2022 campaign so far coming from a total of 16 appearances.

We have made these Cruz Azul v FC Juárez predictions for this match preview with the best intentions, but no profits are guaranteed. Please always gamble responsibly, only with money that you can afford to lose. Best of luck with your selections.