The Liga MX (Apertura) meeting at Estadio Corona on Sunday will see hosts Santos Laguna fighting it out with opponents Cruz Azul.

View all Santos Laguna v Cruz Azul tips, stats and our pre-match poll below - plus the latest match odds.

Santos Laguna, following on from their previous result, will be hoping for more of the same after a 4-0 Liga MX (Apertura) triumph against Cruz Azul.

In that match, Santos Laguna managed 52% possession and 17 attempts at goal with 9 of them on target. For Santos Laguna, the scorers were Javier Correa (18'), Hugo Rodríguez (48'), Eduardo Aguirre (52') and Carlos Orrantía (57'). At the other end, Cruz Azul had 12 attempts on goal with 1 on target.

A look at their previous results shows us that Santos Laguna:

Diego Aguirre's Cruz Azul have fired home 9 times in the course of their most recent 6 matches. The number of goals that have been scored against them during those same clashes equals 9.

Taking a look at their past results, Cruz Azul:

If we look at their past head to head duels going back to 26/07/2020, both clubs have shared the honours with Santos Laguna winning 2 of those games, Cruz Azul 2 and 2 being draws in normal time.

A sum of 11 goals were scored between them in this period, with 5 of them from Guerreros and 6 being from La Máquina Azul. That’s an average goals per game of 1.83.

The previous league game featuring the two was Liga MX (Clausura) match day 7 on 28/02/2022 which ended up with the score at Cruz Azul 1-2 Santos Laguna.

On that day, Cruz Azul had 63% possession and 22 attempts on goal with 9 of them on target. The scorer was Ignacio Rivero (64').

Nearly everyone is up for selection, with just the lone fitness concern for the Santos Laguna manager Eduardo Fentanes to be concerned with due to a largely intact group of players. Ayrton Preciado (Tibia Fracture) will miss out.

With a fully healthy squad to pick from, the Cruz Azul boss Diego Aguirre has no fitness worries at all before this clash.

Here, we’re thinking that Cruz Azul will have to work hard as a team to register a score against this Santos Laguna outfit who we think will likely manage to score & go ahead.

We’re therefore expecting a hard-fought 1-0 winning score for Santos Laguna at the end of this one. 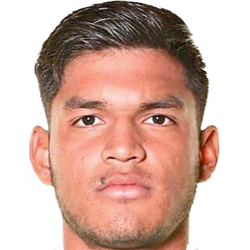 Regularly played in the Striker position, Eduardo Aguirre was born in San Pedro de las Colonias, Mexico. After making a first senior appearance for Santos Laguna in the 2018 - 2019 season, the talented Forward has bagged 3 league goals in this Liga MX (Clausura) 2021 - 2022 season so far in 17 appearances.

We have made these Santos Laguna v Cruz Azul predictions for this match preview with the best intentions, but no profits are guaranteed. Please always gamble responsibly, only with money that you can afford to lose. Good luck!