Scroll down for all of our predictions, poll and stats for the Dalkurd FF v Utsiktens BK game (plus the best game odds).

Dalkurd FF will be looking to improve on their last outing here following a 2-0 Superettan loss in their previous game against Östers IF.

Marc Rochester Sørensen (44') and Jesper Westermark (65') scored for Östers IF.

Matches involving Dalkurd FF have tended to be absorbing ones of late with plenty of scoring being the norm. Over their past half dozen clashes, a total of 21 goals have been recorded for both sides combined (at an average of 3.5 goals per game) with 8 of them coming from Dalkurd FF.

After a losing effort in their last game against Jönköpings Södra IF in Superettan competition, Utsiktens BK will be aiming to make amends here.

Daniel Ljung (82') was the scorer for Jönköpings Södra IF.

Utsiktens BK have seen success in front of goal in the lead-up to this encounter, scoring 7 goals in their previous 6 matches. While their manager Bosko Orovic will no doubt take that as a positive sign, Utsiktens BK have had their own issues at the back, also conceding in 6 of those same games. We will see if that trend will end up being sustained in this game.

The previous league match between these clubs was Superettan match day 6 on 08/05/2022 when the final score was Utsiktens BK 3-0 Dalkurd FF.

Almost everyone can be considered, as there’s just the sole fitness concern for the Dalkurd FF manager Amir Azrafshan to contend with from an otherwise fully-primed set of players. Rewan Amin (Cruciate Ligament Rupture) won’t play.

With a completely healthy squad available for selection, the Utsiktens BK boss Bosko Orovic has zero fitness worries at all ahead of this clash.

We’re of the opinion that Dalkurd FF might have a difficult job to score against this Utsiktens BK outfit who we think should score at least once to put them ahead.

We’re therefore expecting a very competitive encounter with a 0-1 winning score for Utsiktens BK at the end of this one. 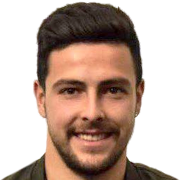 Typically taking to the field in the Right Wing position, Ezequiel Montagna was born in Argentina. After having played his first senior match for San Martín in the 2016 - 2017 season, the dangerous Forward has scored 2 league goals in the Superettan 2022 campaign to date in a total of 18 appearances.

While we have made these predictions for Dalkurd FF v Utsiktens BK for this match preview with the best of intentions, no profits are guaranteed. Always gamble responsibly, and with what you can afford to lose. Good luck!