All of our predictions, stats and the user poll for Godoy Cruz v Defensa y Justicia are shown below - plus the latest betting odds.

Godoy Cruz will be looking to improve on their last outing here after the 1-0 Superliga defeat in their last game at the hands of Rosario Central.

In their preceding six fixtures, Favio Orsi's Godoy Cruz have seen rewards for their attempts on goal a combined total of 6 times, with that being an average number of goals scored per match equal to 1.

Last time out, Defensa y Justicia drew 1-1 in the Superliga match with Huracán.

In 5 of the previous six clashes involving Defensa y Justicia, a notably low volume of goals have gone in between them and their opponents. The overall average number of goals per game during that spell comes to a mere 2, with the average goals for Halcón equalling 0.67. While that may be of interest, it remains to be seen whether that trend will persist in this upcoming match.

Coming into this clash, Defensa y Justicia have not been beaten in their last 7 away league matches.

Looking at their prior head-to-head meetings stretching back to 07/11/2015 tells us that Godoy Cruz have won 1 of these and Defensa y Justicia 3, with the number of drawn matches standing at 2.

In all, 13 goals were shared by the two clubs in these games, with 5 of them for Tomba and 8 coming from Halcón. The average goals per game has been 2.17.

The previous league game between these sides was Superliga match day 2 on 25/07/2021 which finished with the scoreline of Defensa y Justicia 1-2 Godoy Cruz.

That time, Defensa y Justicia had 51% possession and 9 shots at goal with 2 of them on target. Their only player to score was Miguel Ángel Merentiel (22').

For their opponents, Godoy Cruz got 14 attempts on goal with 4 on target. Sebastián Lomónaco (83') and Martín Ojeda (87') scored.

The Godoy Cruz boss Favio Orsi has a full complement, with no fitness concerns to speak of before this match owing to a completely injury-free group available for selection.

Thanks to a completely injury-free squad to pick from, the Defensa y Justicia manager Sebastián Beccacece has zero fitness concerns to speak of coming into this match.

Looking at these two teams, we feel that Defensa y Justicia and Godoy Cruz may both struggle to make a breakthrough here.

We’ll see, but this could easily end up all-square. Our tip is therefore for a very even match with a 0-0 draw at full-time. 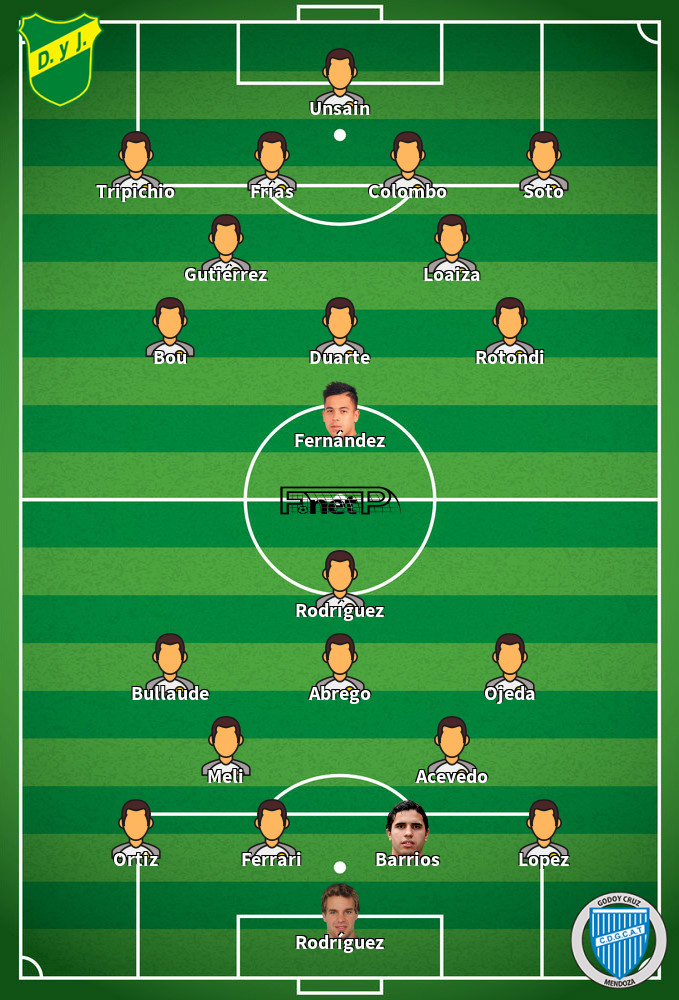 Typically taking up the Striker position, Salomón Rodríguez was born in San Gregorio de Polanco, Uruguay. After making a first senior appearance for Godoy Cruz in the 2022 season, the accomplished Forward has netted 2 league goals in the Superliga 2022 campaign so far in 2 appearances.

While we have made these predictions for Godoy Cruz v Defensa y Justicia for this match preview with the best of intentions, no profits are guaranteed. Always gamble responsibly, and with what you can afford to lose. We wish you the best of luck.