Return to this page a few days before the scheduled game when this expired prediction will be updated with our full preview and tips for the next match between these teams.
Full-Time Result Prediction
👉
Defensa y Justicia to Win

Scroll down to see all of the predictions, poll and statistics for Defensa y Justicia v Vélez Sarsfield - as well as the best betting odds.

Defensa y Justicia will be wanting a better result here following the 2-1 Superliga loss in their previous game against Godoy Cruz.

Vélez Sarsfield head into the match following a 2-0 Superliga win against Rosario Central in their previous outing.

Alexander Medina's Vélez Sarsfield have turned their attacks into goals a total of 10 times throughout their most recent 6 matches. The aggregate of goals that have been scored against them during the equivalent period comes to 6.

Looking at the statistics for their head to head meetings going back to 13/11/2016, there has been little between the sides with Defensa y Justicia winning 2 of those games, Vélez Sarsfield 2 and 2 being drawn in regulation time.

A sum of 12 goals were produced between them throughout the course of those matches, with 6 from Halcón and 6 created by El Fortín. The average number of goals per game works out to 2.

The last league match between these clubs was Superliga match day 3 on 28/07/2021 when it finished Vélez Sarsfield 0-0 Defensa y Justicia.

That day, Vélez Sarsfield managed 72% possession and 12 shots at goal with 3 of them on target.

For their opponents, Defensa y Justicia got 9 shots at goal with 2 on target.

The match was refereed by Leandro Rey Hilfer.

The Defensa y Justicia boss Sebastián Beccacece will be grateful not to have any fitness concerns at all before this match owing to a fully injury-free squad available to choose from.

In our view, Vélez Sarsfield could find themselves struggling to find the net against this Defensa y Justicia lineup who should emerge victorious.

Therefore, we predict a good battle with a 1-0 advantage for Defensa y Justicia after 90 minutes. 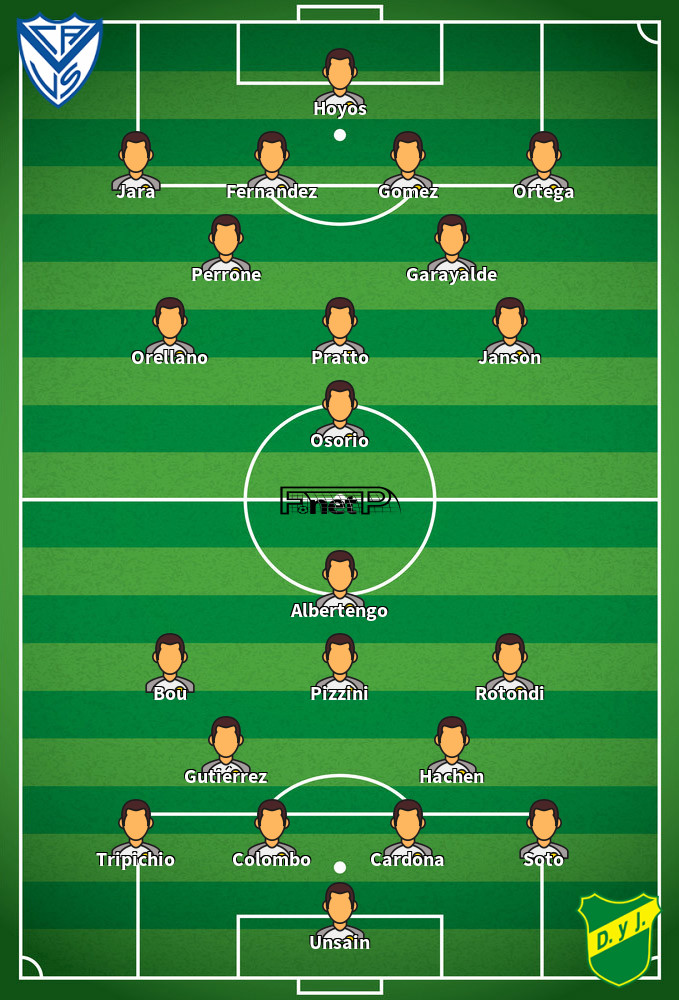 While we have made these predictions for Defensa y Justicia v Vélez Sarsfield for this match preview with the best of intentions, no profits are guaranteed. Always gamble responsibly, and with what you can afford to lose. Good luck if you do place a bet today.