Degerfors IF are going up against guests Halmstads BK at Stora Valla in the Allsvenskan tie on Saturday.

Scroll down for all of our predictions, poll and stats for the Degerfors IF v Halmstads BK game - along with the latest match odds.

Degerfors IF go into this match after a 0-0 Allsvenskan draw vs Varbergs BoIS.

In that match, Degerfors IF managed 41% possession and 1 shots on goal with 0 of them on target. At the other end, Varbergs BoIS had 18 attempts at goal with 4 on target.

It has been seldom in recent times where Degerfors IF have shown defensive steel. In fact, Degerfors IF have failed to prevent opponents from scoring in 5 of their previous 6 matches, shipping 12 goals in the process. Previous results aside, we must now wait to see whether the trend shall be maintained in this next game.

Ahead of this meeting, Degerfors IF are unbeaten in the league by Halmstads BK in their previous 2 games.

It has become apparent that Halmstads BK have had real problems scoring goals over their previous six encounters, recording the disappointing return of just 2. In those fixtures, HBK have also seen the overall goal tally of opposing teams equal 6.

Heading into this contest, Halmstads BK are without a win away from home in their last 5 league games.

Inspecting their prior head to head clashes going back to 31/07/2018 shows that Degerfors IF have won 2 of these and Halmstads BK 3, with the tally of drawn matches being 1.

16 goals were scored between them in these games, with 7 from Degerfors and 9 created by HBK. That’s an average goals per game of 2.67.

The Degerfors IF boss Tobias Solberg will be grateful not to have any fitness concerns to speak of before this match owing to a completely healthy squad ready to go.

In our view, Degerfors IF could well find it tough to get anything against this Halmstads BK lineup who we think will likely win and very possibly keep a clean sheet.

With that in mind, we reckon that it will be a hard-fought 0-1 advantage for Halmstads BK at the conclusion of the game. 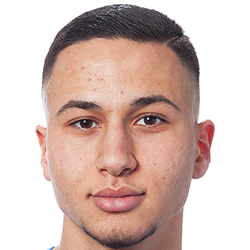 Customarily deployed in the Central Attacking Midfielder position, Abdelrahman Saidi was born in Sweden. Having made his senior debut playing for Norrby IF in the 2017 season, the goalscoring Midfielder has scored 3 league goals in this Allsvenskan 2021 campaign to date coming from a total of 21 appearances.

While we have made these predictions for Degerfors IF v Halmstads BK for this match preview with the best of intentions, no profits are guaranteed. Always gamble responsibly, and with what you can afford to lose. Good luck!