Dornbirn journey to Fussballarena Lafnitz on Saturday for the 2. Liga meeting with home side SV Lafnitz.

To see all of our predictions, user poll & stats for SV Lafnitz v Dornbirn, scroll down - plus the latest match odds.

SV Lafnitz will play in this game coming off the back of a 0-0 2. Liga drawn game versus Dornbirn.

Matches with SV Lafnitz have usually been engaging ones lately with high scoring anticipated. Over their past 6 games, a grand total of 20 goals have been scored for both sides combined (at an average of 3.33 goals per game) with 15 of those coming from SV Lafnitz.

The numbers tell their own story, and Dornbirn have been scored against in 5 of their last 6 games, seeing their opponents hit 12 goals overall. At the back, Dornbirn just haven’t been too solid at all. However, we must now wait to see if such a trend might continue on in this upcoming game or not.

On the other side, Dornbirn got 0 shots on goal with 0 of them on target.

The match was refereed by Oliver Fluch.

There aren’t many selection issues, with just the lone fitness concern for the SV Lafnitz manager Philipp Semlic to be concerned with thanks to an otherwise robust squad. Fabian Wohlmuth (Cruciate Ligament Rupture) misses out.

Owing to a completely injury-free group available to choose from, the Dornbirn manager Eric Orie has no fitness worries at all ahead of this game.

It looks to us like Dornbirn will do really well to be putting goals past a SV Lafnitz outfit who have the quality to get the goals that they need to set up a big win here.

We can see a very comprehensive 3-0 victory for SV Lafnitz by the conclusion of the match. 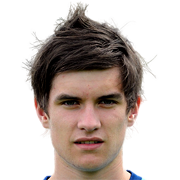 Regularly taking up the Striker position, Daniel Gremsl was born in Hartberg, Austria. After having made a senior debut playing for TSV Hartberg in the 2010 - 2011 season, the dangerous Forward has contributed 3 league goals in the 2. Liga 2021 - 2022 campaign to date in a total of 9 appearances.

While we have made these predictions for SV Lafnitz v Dornbirn for this match preview with the best of intentions, no profits are guaranteed. Always gamble responsibly, and with what you can afford to lose. Best of luck with your selections.