Scroll down for all of our predictions, poll and stats for the Dunfermline Athletic v Hamilton Academical game (including the best match odds).

An interesting theme in more recent Dunfermline Athletic games is seeing a zero in the scoreline.

Taking their previous 6 matches leading up to this one, in as many as 5 of them a wager on both teams scoring would've been a loser.

Taking a look at their past results, Dunfermline Athletic:

In their previous fixture, Hamilton Academical drew 2-2 in the Championship match with Partick Thistle.

For Hamilton Academical, the goalscorers were Andy Ryan (55') and Mihai Popescu (67'). Scott Tiffoney (45') and Zak Rudden (64') scored for Partick Thistle.

Heading into this contest, Hamilton Academical remain unbeaten by Dunfermline Athletic when they have played them away from home in the previous 6 league matches. A very good record, indeed.

A review of their most recent head to head clashes going back to 09/02/2013 tells us that Dunfermline Athletic have won 1 of these games and Hamilton Academical 2, with the number of drawn matches standing at 3.

A combined sum of 13 goals were yielded between them in these games, with 6 from The Pars and 7 being from The Accies. That is an average goals per game value of 2.17.

Nearly everyone is up for selection, with just a single fitness concern for the Dunfermline Athletic manager John Hughes to be concerned about thanks to an otherwise robust squad. Dom Thomas (Meniscus Damage) will miss out.

Owing to a fully healthy group available to choose from, the Hamilton Academical manager Stuart Taylor has no fitness concerns to report coming into this game.

In our view, Hamilton Academical and Dunfermline Athletic are probably both going to find scoring goals difficult here.

A scoreless draw looks like a real possibility, but we’ll see what happens. Our tip is therefore for a tight encounter with a 0-0 scoreline at the end of this game. 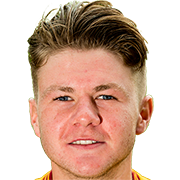 Customarily deployed in the Right Attacking Midfielder position, Dom Thomas was born in Glasgow, Scotland. Having played his first senior match for Motherwell in the 2014 - 2015 season, the skilful Midfielder has got 3 league goals in this Championship 2021 - 2022 season so far from a total of 14 appearances.

We have made these Dunfermline Athletic v Hamilton Academical predictions for this match preview with the best intentions, but no profits are guaranteed. Please always gamble responsibly, only with money that you can afford to lose.