USL Dunkerque will play in this fixture following on from a 1-1 Ligue 2 drawn game versus Amiens SC.

It has been a rare occasion in recent games where USL Dunkerque haven’t conceded. It will be a concern for them that Dunkerque have been scored against in 6 of their previous 6 clashes, letting in 9 goals on the way. That kind of trend won’t necessarily be sustained into this match, though.

Their past results show that USL Dunkerque:

Sochaux will go into this clash after a 1-0 Ligue 2 win in the defeat of SM Caen in their last outing.

Over the course of 5 of the previous 6 clashes involving Sochaux, a relatively low number of goals have been struck between them and opposing teams. The overall average goals scored per game during that spell works out to a paltry 1.67, with the number of goals averaged by Les Lionceaux standing at 0.83.

Coming into this fixture, Sochaux have not won away from home in their last 2 league matches.

It’s a low absenteeism rate, with just the lone fitness concern for the USL Dunkerque manager Fabien Mercadal to be concerned about from of an almost fully healthy group of players. Nicolas Bruneel (Cruciate Ligament Rupture) is out of contention.

In an otherwise full-strength squad, there is only the sole fitness worry for the Sochaux manager Omar Daf to be concerned about. Yann Kitala (Tibia Fracture) won’t be playing here.

In our view, Sochaux and USL Dunkerque could well both score and end up finding themselves in a fairly even game here.

Shouldn’t be much in it, and a draw looks quite a realistic result. We’re therefore expecting a close game with a 1-1 score draw when the full-time whistle blows. 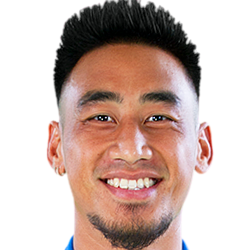 Customarily taking up the Right Wing position, Billy Ketkeophomphone was born in Champigny-sur-Marne, France. Having played his first senior match for Strasbourg in the 2009 - 2010 season, the accomplished Forward has bagged 3 league goals in the Ligue 2 2020 - 2021 campaign so far coming from a total of 19 appearances.

We have made these USL Dunkerque v Sochaux predictions for this match preview with the best intentions, but no profits are guaranteed. Please always gamble responsibly, only with money that you can afford to lose. Good luck if you do place a bet today.