Eintracht Frankfurt will be taking on visitors Schalke at Deutsche Bank Park in the Bundesliga 1 game on Saturday.

Our predictions, user poll and statistics for Eintracht Frankfurt v Schalke can be found here (inc. the best betting odds).

Eintracht Frankfurt head into this fixture after a 1-1 Bundesliga 1 draw vs Mainz.

Matches involving Eintracht Frankfurt have usually been engaging affairs recently with a lot of goalmouth action being a common characteristic. Over their past six games alone, the sum total of 20 goals have been scored for both teams combined (at an average of 3.33 goals per game) with 12 of those being chalked up by Eintracht Frankfurt. In any event, we must now wait to see whether such a trend will continue on in this upcoming match.

Following on from tasting defeat last time out to Bayern Munich in Bundesliga 1 competition, Schalke will be hoping to turn things around here.

The forward players for Schalke have had real problems scoring goals over their last 6 clashes, contributing the unsatisfactory return of just 4. In those fixtures, Schalke have also seen the collective goal aggregate of their opponents equal 13.

Looking at their past form shows that Schalke:

Inspecting their prior head-to-head clashes dating back to 11/11/2018 tells us that Eintracht Frankfurt have won 4 of these games and Schalke 2, with the tally of draws standing at 0.

A sum of 21 goals were scored between them in this period, with 13 from Eintracht and 8 created by Schalke. This gives an average number of goals per game equal to 3.5.

The last league contest featuring these sides was Bundesliga 1 match day 33 on 15/05/2021 when it finished Schalke 4-3 Eintracht Frankfurt.

We’ve got the feeling that Eintracht Frankfurt are likely to dominate on the ball and be rewarded with decent chances.

In contrast, Schalke will not find it easy to get shooting opportunities but we do think it’s quite likely that they will be managing to get on the scoresheet, too.

Accordingly, we see a controlled 3-1 win for Eintracht Frankfurt by the time that the referee blows the final whistle. 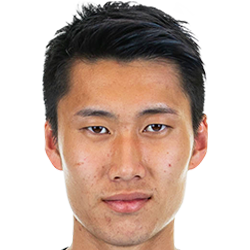 Mostly taking to the field in the Central Attacking Midfielder position, Daichi Kamada was born in Ehime, Japan. After making a first senior appearance for Sagan Tosu in the 2015 season, the skilful Midfielder has scored 7 league goals in this Bundesliga 2022 - 2023 campaign to date in 13 appearances.

While we have made these predictions for Eintracht Frankfurt v Schalke for this match preview with the best of intentions, no profits are guaranteed. Always gamble responsibly, and with what you can afford to lose. Best of luck with your selections.