Return to this page a few days before the scheduled game when this expired prediction will be updated with our full preview and tips for the next match between these teams.
Full-Time Result Prediction
👉
Elversberg to Win

Elversberg face off with visiting team RW Essen at Ursapharm-Arena an der Kaiserlinde in the 3rd Liga fixture on Friday.

All of our predictions, stats and the user poll for Elversberg v RW Essen are shown below - plus the latest betting odds.

Elversberg, following on from their previous result, will be hoping for more of the same after the 4-3 3rd Liga triumph over Ingolstadt.

In their prior six games, Horst Steffen's Elversberg have hit the target a total of 12 times - an average number of goals per match equal to 2.

Coming into this contest, Elversberg are undefeated in their last 5 home league matches.

In the game prior to this, RW Essen drew 1-1 in the 3rd Liga match with Verl.

The only name on the scoresheet from RW Essen was Felix Bastians (82'). Nicolás Sessa (92') scored for Verl.

For 5 of the past 6 games involving RW Essen, a relatively low number of goals have been struck between them and their opposition. The overall average goals scored per game within that spell comes out as a mere 2.33, with the number of goals averaged by Essen being 1.33.

The previous league fixture featuring these sides was 3rd Liga match day 1 on 23/07/2022 when the final score was RW Essen 1-5 Elversberg.

The match was refereed by Konrad Oldhafer.

With a completely injury-free squad available to choose from, the RW Essen boss Christoph Dabrowski does not have any fitness worries to report coming into this clash.

We feel that RW Essen have the capability to break down this Elversberg team, although it probably won’t quite be enough to avoid defeat.

We’re predicting both teams to score in a 2-1 win for Elversberg by the conclusion of the game. It should be a decent one. 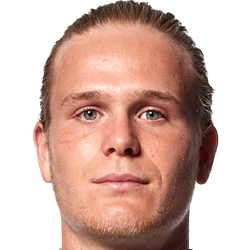 Usually used in the Central Defensive Midfielder position, Thore Jacobsen was born in Germany. Having made a first senior appearance for SV Werder Bremen II in the 2015 - 2016 season, the goalscoring Midfielder has struck 5 league goals in the 3. Liga 2022 - 2023 campaign to date in a total of 17 appearances.

While we have made these predictions for Elversberg v RW Essen for this match preview with the best of intentions, no profits are guaranteed. Always gamble responsibly, and with what you can afford to lose. Best of luck with your selections.