We’re counting down to Coppa Italia action happening on Thursday as Torino will take on Entella.

For all of our match predictions, pre-game poll and statistics for Torino v Entella, scroll down (plus the best game odds).

Torino will be hoping to return to winning ways here following the 4-2 Serie A losing effort in their last game against Inter Milan.

Three or more goals per match have been seen in 5 of the past 6 fixtures where Torino have been involved. Opposing sides scored 13 of them in this period while Il Toro managed a tally of 13. We will see whether or not that trend will end up being continued on here.

In their last game, Entella drew 1-1 in the Serie B match with Ascoli.

Looking at their form, and Entella have been scored against in 5 of their last 6 games, seeing opposing sides hit 11 goals overall. In defence, Entella just haven’t been too solid at all.

In an otherwise healthy group of players, there’s just the sole fitness issue for the Entella manager Bruno Tedino to be concerned about. Marco Brescianini (Ankle Injury) won’t be playing here.

In this match, Torino should stay in control for long periods of time and should be able to convert a few of the chances that they create.

In contrast, Entella could well struggle to get shooting opportunities although we do reckon that they could well end up managing to get on the scoresheet here.

We’re tipping a 3-1 winning margin for Torino at the end of the 90 minutes. 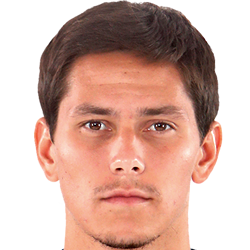 Mostly taking to the field in the Central Defensive Midfielder position, Saša Lukić was born in Šabac, Serbia. Having made a first senior appearance for Torino in the 2016 - 2017 season, the goalscoring Midfielder has got 3 league goals in the Serie A 2020 - 2021 campaign so far in a total of 7 appearances.

While we have made these predictions for Torino v Entella for this match preview with the best of intentions, no profits are guaranteed. Always gamble responsibly, and with what you can afford to lose. Good luck with your selections.