Erzgebirge Aue journey to Holstein-Stadion on Saturday for the Bundesliga 2 clash with home team Holstein Kiel.

To see all of our predictions, user poll & stats for Holstein Kiel v Erzgebirge Aue, scroll down - plus the latest betting odds.

Holstein Kiel will be hoping to bounce back here after a 2-1 Bundesliga 2 defeat in their last game at the hands of Greuther Furth.

For Holstein Kiel, goals were scored by Joshua Mees (4') and Alexander Mühling (83' Own goal). Håvard Nielsen (27') was the scorer for Greuther Furth.

Holstein Kiel haven’t been able to stop scoring goals, netting every time they’ve gone out to play in their last 6 matches.

They have totted up the amount of 9 during that time and have conceded a total of 5. That pattern won’t necessarily follow through into this game, however.

Taking a look at their past results, Holstein Kiel:

Erzgebirge Aue come into this match following a 1-0 Bundesliga 2 win with the eclipse of VfL Bochum in their last outing.

The only scorer from Erzgebirge Aue was Gaëtan Bussmann (29').

In the course of their 6 latest matches, Dirk Schuster's Erzgebirge Aue have seen their efforts on goal rewarded a total of 7 times - yielding them the goals scored per game average of 1.17.

Ahead of this clash, Erzgebirge Aue haven’t won away from home in the past 2 matches in the league.

An examination of their prior head-to-head meetings stretching back to 17/02/2018 shows us that Holstein Kiel have won 2 of these games & Erzgebirge Aue 1, with the number of draws standing at 3.

An aggregate of 20 goals were produced between them in this period, with 12 of them from Holstein Kiel and 8 belonging to Aue. That’s an average goals per game figure of 3.33.

The last league game between the two was Bundesliga 2 match day 6 on 31/10/2020 when it ended Erzgebirge Aue 1-1 Holstein Kiel.

Our thinking is that Erzgebirge Aue have the ability to score against this Holstein Kiel team, but it probably shouldn’t be as many as they’ll concede.

Our selection here is for a tight encounter finishing with a 2-1 winning margin for Holstein Kiel by the conclusion of the game. Should be an interesting one. 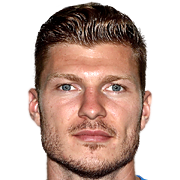 Typically playing in the Centre Midfield position, Alexander Mühling was born in Germany. After making a first senior appearance for SV Sandhausen in the 2014 - 2015 season, the talented Midfielder has bagged 8 league goals in the Bundesliga 2 2020 - 2021 campaign so far in a total of 22 appearances.

We have made these Holstein Kiel v Erzgebirge Aue predictions for this match preview with the best intentions, but no profits are guaranteed. Please always gamble responsibly, only with money that you can afford to lose. Good luck if you do place a bet today.