Rayo Vallecano will take to the pitch with visiting club Espanyol at Campo de Fútbol de Vallecas in this La Liga 2 match on Sunday.

To see all of our predictions, user poll & stats for Rayo Vallecano v Espanyol, scroll down (plus the best game odds).

Rayo Vallecano will be hoping for a better result following the 1-0 La Liga 2 loss in their previous game against Tenerife.

In their past six fixtures, Andoni Iraola's Rayo Vallecano have seen rewards for their attempts on goal a combined total of 9 times, an average number of goals per match equal to 1.5.

Their past results show that Rayo Vallecano:

Espanyol will go into the encounter after a 1-0 La Liga 2 win to defeat AD Alcorcón in their most recent match.

In that match, Espanyol had 68% possession and 13 shots at goal with 5 on target. The scorer for Espanyol was Raúl de Tomas (75'). At the other end, AD Alcorcón got 8 attempts at goal with 3 of them on target.

Their past results show that Espanyol:

A look at their prior head-to-head clashes going back to 20/12/2014 shows that Rayo Vallecano have won 1 of them and Espanyol 3, with the tally of drawn matches standing at 2.

A total of 19 goals were shared by the two clubs in these games, with 9 of them for Franjirrojos and 10 for Periquitos. That’s an average goals per game of 3.17.

Regarding absentees, there’s just the lone fitness concern for the Rayo Vallecano boss Andoni Iraola to contend with due to a largely intact set of players. Antoñín (Knee Problems) won’t play.

Owing to a fully injury-free group available to choose from, Espanyol boss Vicente Moreno does not have any fitness concerns to speak of coming into this match.

When taking all factors into account, Espanyol and Rayo Vallecano may well find themselves both scoring in what promises to be a very even battle here.

We’ll see, but this looks like it could end up all-square. That is why we are leaning toward a tight encounter, finishing with a 1-1 scoreline at the end of the 90 minutes.

Both Teams to Score Prediction for Rayo Vallecano vs Espanyol
Yes 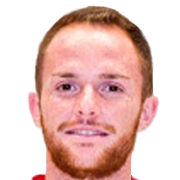 Usually taking to the field in the Left Attacking Midfielder position, Isi Palazón was born in Cieza, Spain. Having made a first senior appearance for Ponferradina in the 2019 - 2020 season, the skilful Midfielder has managed 2 league goals in this LaLiga2 2020 - 2021 campaign so far in a total of 5 appearances.

While we have made these predictions for Rayo Vallecano v Espanyol for this match preview with the best of intentions, no profits are guaranteed. Always gamble responsibly, and with what you can afford to lose. Good luck with your selections.