Fewer than three goals per game were scored during 5 of the past 6 fixtures where Estudiantes de La Plata have been involved. Regarding the goal distribution from that period, opposing sides scored an aggregate of 5 while Los Pincharratas managed the sum of 5. It will be interesting to see if that trend will be sustained here.

Following on from being defeated in their last game at the hands of Aldosivi in Copa de la Liga Profesional action, Platense and their fans will hope to get a better result this time.

Juan Llop's Platense have managed to stick the ball in the net a total of 5 times throughout their latest six matches. The aggregate of goals that have been scored against them during that same period comes to 9.

Estudiantes de La Plata manager Ricardo Zielinski does not have any fitness concerns whatsoever ahead of this game with a completely injury-free squad available to select from.

Due to a completely healthy group available for selection, Platense boss Juan Llop has zero fitness concerns to speak of before this clash.

We’ve got the feeling that Estudiantes de La Plata will, in all likelihood, stay in control for long periods of time and should be able to convert a few of the chances that they create.

At the same time, Platense might well find it a difficult task finding the net themselves although we do see them hitting back at some stage.

Our selection here is for a 3-1 margin for Estudiantes de La Plata at the end of this one. 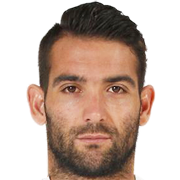 Regularly taking up the Striker position, Martín Cauteruccio was born in Montevideo, Uruguay. After having played his first senior match for Quilmes in the 2010 - 2011 season, the dangerous Forward has got 2 league goals in this Superliga 2019 - 2020 season to date in a total of 4 appearances.

While we have made these predictions for Estudiantes de La Plata v Platense for this match preview with the best of intentions, no profits are guaranteed. Always gamble responsibly, and with what you can afford to lose. Best of luck with your selections.