Eupen will be visiting King Power at Den Dreef Stadium on Monday for the First Division A fixture with home side Oud-Heverlee Leuven.

Full predictions, pre-match stats and user poll for Oud-Heverlee Leuven v Eupen are shown on this page - as well as up-to-date odds.

Oud-Heverlee Leuven will be hoping for a better result following the 2-0 Beker van België losing effort in their last game against Sint-Truidense VV.

It has been seldom in recent times where Oud-Heverlee Leuven haven’t conceded. In fact, OHL have seen their defence breached in 5 of their previous 6 matches, letting in 13 goals in the process. It will be interesting to find out if that trend will end up being sustained in this game.

In the game prior to this, Eupen drew 1-1 in the First Division A tie with KV Mechelen.

The only player to score from Eupen was Smail Prevljak (54'). Igor de Camargo (40') scored for KV Mechelen.

The stats tell the story, and Eupen have been scored against in 5 of their last 6 matches, seeing their opponents hit 16 goals in all. In defence, Pandas have been far from perfect.

Oud-Heverlee Leuven boss Marc Brys doesn’t have any fitness worries to speak of ahead of this clash thanks to a fully injury-free squad available to choose from.

When taking all factors into account, Eupen and Oud-Heverlee Leuven may both struggle to make a breakthrough here.

There should be little in it, and a draw looks quite a realistic result. We’re therefore tipping a very even match with a 0-0 draw at full-time.

Over/Under 2.5 Goals Prediction for Oud-Heverlee Leuven vs Eupen
Under 2.5 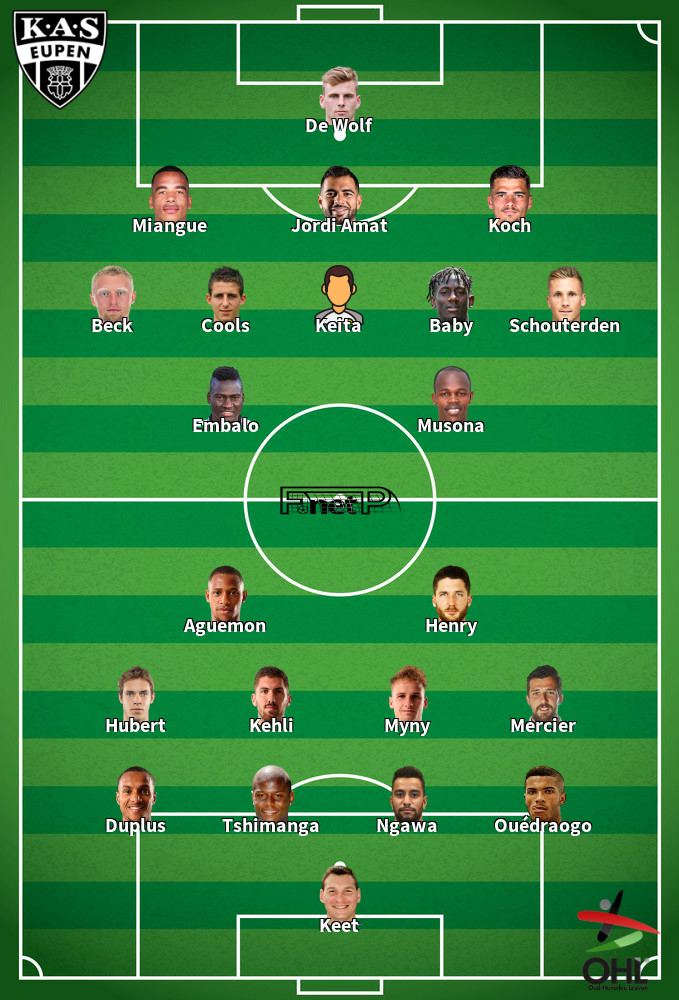 We have made these Oud-Heverlee Leuven v Eupen predictions for this match preview with the best intentions, but no profits are guaranteed. Please always gamble responsibly, only with money that you can afford to lose. Best of luck.