Iwate Grulla Morioka line up against away side Fagiano Okayama at IWAGIN Stadium in the J2 League fixture on Saturday.

Our predictions, user poll and statistics for Iwate Grulla Morioka v Fagiano Okayama can be found here (including the best match odds).

Iwate Grulla Morioka, who won their previous game, will hope for a similar result following the 0-3 J2 League triumph vs Yokohama FC.

Over their prior 6 fixtures, Yutaka Akita's Iwate Grulla Morioka have scored 8 times, an average number of goals per match equal to 1.33.

Going into this contest, Iwate Grulla Morioka haven’t won at home in the past 3 matches in the league.

In their last game, Fagiano Okayama drew 1-1 in the J2 League match with JEF United Chiba.

The only name on the scoresheet from Fagiano Okayama was Tiago Alves (55'). Tiago Leonço (77') scored for JEF United Chiba.

Looking at their form, and Fagiano Okayama have been scored against in 5 of their last 6 matches, letting opponents get 9 goals overall. In defence, Fagiano Okayama seem to have a bit of a soft underbelly.

The previous league encounter between these clubs was J2 League match day 7 on 30/03/2022 when it ended Fagiano Okayama 0-1 Iwate Grulla Morioka.

There is just the sole fitness concern for the Iwate Grulla Morioka gaffer Yutaka Akita to be concerned about from a near full-strength squad. Ren Yamakawa (Metatarsal Fracture) will miss out. Morelatto cannot play in this game through suspension.

With a fully healthy squad available to choose from, the Fagiano Okayama manager Takashi Kiyama has no fitness worries to report before this game.

Iwate Grulla Morioka will have to play well to score goals against this Fagiano Okayama outfit who we think will likely score at least once to put them ahead.

We’re therefore anticipating a highly competitive game with a 0-1 advantage for Fagiano Okayama at the conclusion of the game. 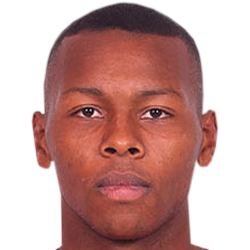 Normally taking up the Striker position, Brenner was born in Porto Alegre, Brazil. After having played his first senior match for Internacional in the 2018 season, the dangerous Forward has struck 3 league goals in this J2 League 2022 season so far coming from a total of 23 appearances.

We have made these Iwate Grulla Morioka v Fagiano Okayama predictions for this match preview with the best intentions, but no profits are guaranteed. Please always gamble responsibly, only with money that you can afford to lose. Good luck with your selections.