Sochi will be taking on the visiting Fakel Voronezh at Fisht Olympic Stadium in the Premier League tie on Sunday.

Scroll down to see all of the predictions, poll and statistics for Sochi v Fakel Voronezh - plus the latest match odds.

In that match, Sochi managed 54% possession and 15 shots on goal with 5 on target. For Sochi, goals were scored by Georgi Melkadze (6') and Christian Noboa (11'). Dynamo Moskva had 14 shots at goal with 3 on target. Denis Makarov (40') scored for Dynamo Moscow.

At least three goals per match were seen in 6 of the past 6 meetings where Sochi have taken part. Opposition teams scored 10 of them in this period whereas Sochi totted up 11. We will see if that trend will be continued on here.

Fakel Voronezh head into the game following a 2-0 Premier League win over Lokomotiv Moscow in their previous game.

Throughout their six latest matches, Oleg Vasilenko's Fakel Voronezh have turned their attacks into goals a total of 6 times thus earning them a goals scored per game average of 1.

Thanks to a mainly healthy group of players, there is only the lone fitness worry for the Fakel Voronezh gaffer Oleg Vasilenko to be concerned about. Denis Shepilov (Fractured Kneecap) won’t be in action.

We’re inclined to think that Sochi will, in all likelihood, be able to create a good number of chances & successful shots on target.

However, Fakel Voronezh might well find it a difficult task to find the back of the net but we do think that it’s more than likely that they will be seeing enough of the ball to score, too.

Our selection here is for a comfortable 3-1 margin for Sochi when the full-time whistle blows. 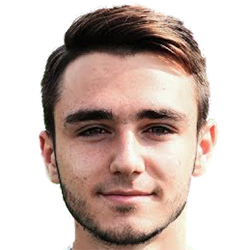 Customarily taking to the field in the Striker position, Vladislav Sarveli was born in Russia. After making a first senior appearance for Krylia Sovetov in the 2021 - 2022 season, the skilful Forward has bagged 2 league goals in the Premier League 2022 - 2023 season so far in a total of 9 appearances.

While we have made these predictions for Sochi v Fakel Voronezh for this match preview with the best of intentions, no profits are guaranteed. Always gamble responsibly, and with what you can afford to lose. Good luck if you do place a bet today.